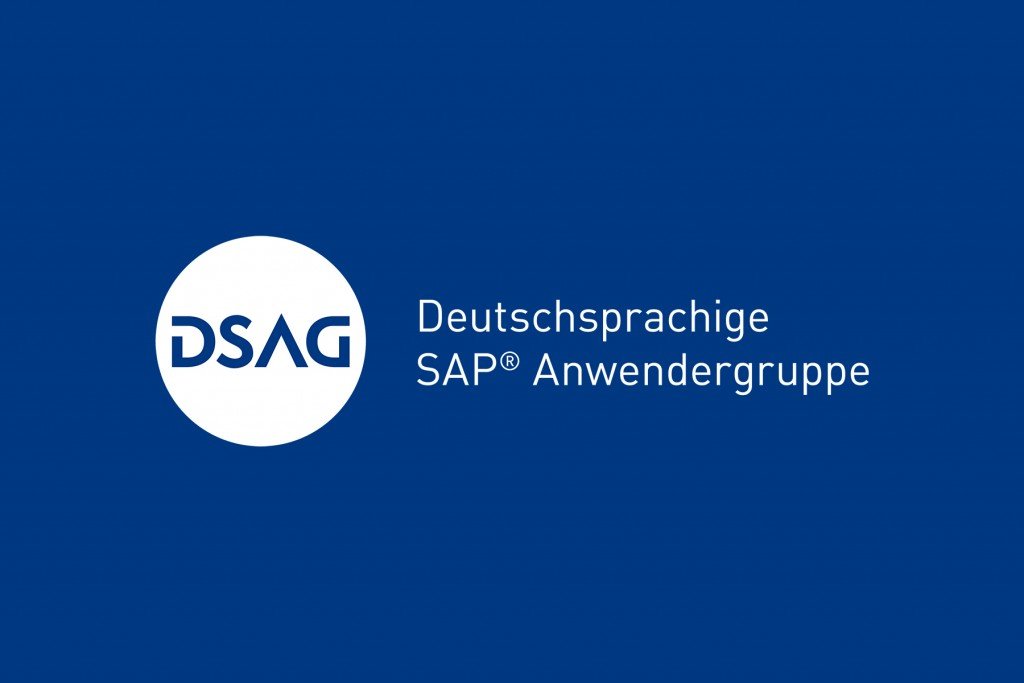 As a prelude to this event DSAG published the results of a DSAG survey of members about revenues, their current understanding of IT budgets, and progress in digitalisation.

Though the survey only asked a few questions and the number of 173 respondents to the survey was small, it is a representative sample of the attitude of more than 60,000 DSAG members. The IT services market in Germany as a whole is worth 2.469 Billion (according to Statista), so this is a crucial area for SAP.

DSAG said that for many members the economic impact of the coronavirus pandemic was not as bad as they feared. Though in 2020 74% of respondents reported a drop in revenue, that figure was reduced to 42% this year. During the same period 7% of companies experienced growth and that figure rose to 29% in 2021.

The results of some of the survey were published in graphic form. At first glance some of these could be unintentionally misleading so lets unpack the meaning behind these stats. The first of these illustrated the change in IT budgets due to the corona pandemic: or rather the perceptions of IT budgets among the respondents.

This does not represent the “change in IT budgets due to the Corona Pandemic” but rather the difference between DSAG members’ predictions about how the Corona crisis would affect IT budgets and the actual change in retrospect.

What we see is that the cautious attitude in DSAG members in the middle of the pandemic caused them to respond that budgets would be affected negatively. When IT budgets were reviewed after that time we saw that a predicted “decline of over 20%” did not occur, a small budget increase in some cases, and in the majority a maintenance of IT budgets throughout that period.

DSAG Chairman Jens Hungershausen commented: “This is a positive development that should give companies some confidence. Now it’s important not to look back, but to organise and strategise forward”.

Hungershausen explained that the pandemic has led to a dilemma for companies who are required to balance the task of maintaining their current viability with preparation for the digital future and this is impacting their progress. Here we are interested in how this will affect the SAP system integration market.

“Many companies still aren’t brave enough to make changes. The momentum of 2020 has subsided, which is partly the result of a lack of urgency to take action, thwarting the development of innovations that are potentially critical to a company’s survival.”

In response to the question: “How would you rate your progress regarding digitalisation in your company or organisation over the last year?” 54% of DSAG members surveyed said they were making progress or moving forward quickly in 2021. This number was down from 61% in 2020. There was a small increase in those who said they were making slow progress from 34% up to 38%, but also an increase in those who responded that they were not progressing, from 5% to 8%.

This demonstrates that despite slowing of progress toward digitisation of member companies, only 3% more have stopped their progression which is again, not as bad as expected. While the national lockdowns inevitably slowed some sections of the economy, many companies were made increasingly aware that digitisation is the best way to achieve the necessary agility required in order to respond to fluctuations in the global market. In a large number of cases companies have been forced into a reactive, rather than a proactive phase in their development, but the importance of achieving transparency and control over all business processes has been reinforced. On the whole this is good news.

“Sufficient” is not Good Enough

DSAG also asked members about their progress integrating SAP applications in cloud and hybrid environments, specifically about how they rate the integration between SAP, SAP partner and third-party solutions. Only 28% of respondents felt that this was working well and 44% as satisfactory. 14% believed it was sufficient and 14% as inadequate.

Though this meant that 86% of DSAG members believed that integration between SAP and non-SAP solutions was at least sufficient Jens Hungershausen commented: “In terms of integration, there’s still plenty left to do. SAP has already made considerable headway in this area. But the results should be seen by SAP as another major wake-up call”.

He drew attention to harmonised data models as playing a key role in integration and suggested this may be the root of the networking integration problem for SAP with non-SAP applications.

“The fact that only 16 percent of the companies surveyed rate this as good or very good suggests there’s still a huge need for more action and information here”.

S/4HANA is Growing in Importance

Another survey carried out by DSAG in collaboration their American counterparts (ASUG) in April to May 2021, demonstrated that S/4HANA is growing in importance among their members. At that point in time 44% of DSAG members had either launched, or a S/4HANA project or were already in the middle of an S/4HANA project: an increase of 9% since the previous year.

37% of members surveyed were planning to start S/4HANA projects but had not begun and only 9% were not planning to yet.

Hungershausen pointed out “conventional migration hasn’t yet been fully replaced by organisational change projects and digital end-to-end processes” and recognised that both DSAG and other user groups, along with SAP were responsible for educating those who were yet to see the potential added value in implementation of intelligent business technologies.

The Shape of the Cloud

The same survey showed that only 46% of DSAG members see the cloud as a positive change, and 27% as negative, but the numbers are moving slowly in favour of cloud adoption. Hungershausen attributed this to reluctance to move sensitive enterprise data to the cloud and uncertainty over security.

This is not due to unfamiliarity though. Based on prior experiences only 30% of DSAG members have had good experiences with SAP cloud solutions compared with a figure of 60% for non-SAP cloud solutions. Perhaps this opinion of existing SAP cloud solutions may already have been known to SAP from internal surveys, possibly prompting the creation of the Rise with SAP platform in the first place. Other commentators have since drawn attention to this figure, but it should be put into context by pointing out that as well as being based on prior (or old) SAP solutions, much of the dissatisfaction may have stemmed from non-technical issues.

Jens Hungershausen said that a “one-third approval is a surprising finding. It shows that SAP needs to work harder to solve critical issues like licensing, integration and security, and to build trust, for example, with sustainable concepts and lots of persuasion.”

In the same survey respondents from DSAG and ASUG showed that there was a difference of opinion in general attitudes toward the cloud: 74% of ASUG members had positive attitudes to the cloud compared with 46% of DSAG members. This is probably due as much to a high awareness of EU law in Europe on individual data privacy as to sensitive corporate data security.

DSAG Asks for Integration and Information

DSAG shared its interpretation of the results of the survey: pointing out that though IT budgets fell less than expected, it was important for SAP to emphasise the importance of networks and cooperation to its users. They also recommended that intelligent and integrated solutions should be supported with more detailed information and education so that SAP could bring their customer base along with them.

So let’s now draw our own conclusions from this pair of SAP user group surveys regarding how it affects the operation of system integrators during the pandemic. These findings are of interest primarily as they give an indication of the health of the SAP implementation market.

What Does This Mean for You?

While we began by pointing out that one of the surveys only had 173 respondents we should not underestimate the value of the survey as a statistical sample. It is a quick measurement of the market as a whole, and more importantly of the largest user group in one of SAP’s largest markets. We are not concerned about the performance of SAP so much as the health of the section of the German IT services sector that caters for SAP customers, and how this reflects on our own economic activities.

We can say that SAP professionals working as part of a consultancy or independently will have experienced some drop in revenue over this period but not as much as expected.

During this period IT budgets did not in fact drop as expected, but on the whole remained constant and in some cases increased, but this did not necessarily translate into more work for SAP professionals as companies were primed to be cautious about how they spent that budget.

Despite this caution the same companies have seen that those other companies that were best placed to deal with the fallout from the pandemic and lockdowns were those who were already making substantial progress toward fully digitising their business processes: as this transparency provided the necessary information required to act with agility as circumstances demanded.

This is in fact the most powerful argument to persuade those companies that have not begun to digitally transform that they will not survive if they don’t start. Consequently we may see a substantial expansion in the demand for the services of consultancies and individuals that can facilitate the process.

We can see that both SAP and SAP user groups are taking seriously the need to educate and inform their customer base, not only of the benefits of digitisation but also cloud adoption. We also see that more could be done in this area.

This will take the burden of customer education off the shoulders of SAP system integrators to some extent, meaning that our own customers will be far more likely to engage our services in the first place, and more willing to enter into conversations about end-to-end transformations.

The Value of User Groups

It is the role of DSAG to make the voices of it’s members heard, and their interaction with SAP serves as a counter-balance to the relentlessly optimistic SAP public relations machine, so we can adjust our interpretation of Hungershausen’s criticism accordingly. It is a relationship which is beneficial to all parties but we have to make up our own minds after taking into account all evidence when assessing the health of the market, and how this will affect our own career prospects in the near future.

Do you agree with the findings of the DSAG survey? Do their conclusions reflect your own experience of the last two years? Please let us know, and if you would like to discuss how you can make the best of the changing economic environment and prosper as an SAP professional then please contact us at IgniteSAP