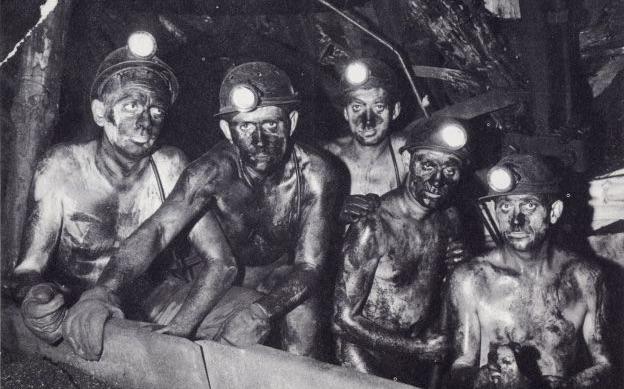 Process Mining and RPA: A Goldrush?

SAP has been acquiring process mining startups to improve capabilities in workflow management and automation for some years. This week IgniteSAP will be asking the question: why is SAP investing in process mining?

The short answer is that process mining, in conjunction with workflow management and RPA, can produce benefits for users which are more than the sum of their individual components.

Process mining can be considered to take the place of the preparatory modelling work that allows companies to assess their business processes like event-triggered procedures and other workflows. This helps to reveal bottlenecks in business operations that can develop over time, regardless of how well these were initially planned.

On the surface, process mining appears to overlap with the type of work IT consultants carried out in the past, but process mining gives companies the means to achieve real-time visibility and also see patterns of operations or employee behaviours as it emerges.

In order to get the full benefit of the technology it is necessary to combine it with workflow management and RPA. Within the context of SAP, process mining has the potential to be more deeply integrated with a wider array of capabilities: contributing to an ERP system which is faster and less likely to produce errors.

SAP created an organisation to explore process mining, and made the decision to pursue acquisitions in response to requests from their customers, resulting in collaborations with German tech companies Celonis, and Signavio.

Celonis joined the SAP Startup Focus program in order to accelerate their development in 2012 and signed the first reseller agreement with SAP in 2015. Since then SAP has been selling “Celonis Process Mining by SAP”. Celonis itself acquired several companies with complimentary IT products, including Banyas, which enables the real-time connectivity between the SAP system and the process mining of Celonis. Their latest product is a process analysis tool called Celonis Execution Management System (EMS). They also have created products for the use of IT consultants working for companies like Accenture, Deloitte and PwC.

Bastian Nominacher, a co-founder and co-CEO of Celonis has described in a recent interview how the Celonis version of the process mining concept evolved suddenly into a powerful software solution.

“The consulting approach to process improvement was still largely manual at the time … reliant on traditional practices like in-person interviews and workshops, which are time-consuming and can be impacted by human bias. The “eureka” moment came when we realised that every user action within the business was being recorded within the IT systems in the form of event-logs, and we knew that there were academic theories on how this log data could be used to uncover how an organisation was truly functioning. With our combined backgrounds… we had the right combination of people to build a software solution that could leverage that log data into actionable information.”

Signavio is a Germany enterprise software company based in Berlin. Their Process Manager is a cloud-based software application which “helps you document, model and simulate business processes” in order to track workflows and daily operations.

Signavio started as a business process management research project by four students from the Hasso Plattner Institute, co-founded by Hasso Plattner, who is one of the founders of SAP.

Signavio was created as a means to model and make clear workflows, processes and decisions in business process management. SAP acquired Signavio because this technology made a valuable contribution to the aspirations of the Rise with SAP platform. It is now part of the set of six solutions which together form SAP Business Process Intelligence, which itself is a large component of Rise with SAP.

A Mine of Information

This close collaboration is essential to get the most from the integration of the process mining component with the ERP system, and the acquisitions by SAP demonstrate that they understand that process mining can be a catalyst in the task of extracting even more added value from an SAP system.

Once the process mining aspect of a project has been carried out it furnishes IT consultants with a valuable model to inform their next steps. Sources of data and business processes are analysed and this becomes the foundation for event-triggered robotic process automation.

“using process mining, you can detect repetitive work, and then provide the information that is needed to automate it in the proper way”

He emphasises that there is a correct way to apply RPA. The correct processes for automation must be selected, and in such a way that it reduces errors, saves time for the workforce and improves customer service, among many other RPA benefits.

These decisions are informed by process mining and the automation can be changed to fit a new set of circumstances if business processes are then subject to different conditions such as increased demand for products or resources.

At SapphireNow 2021 Robert Madl, who leads the strategic alliances with SAP and Citrix for Cisco said that automation will increasingly become incorporated into many aspects of business, including security, networking and infrastructure in order to keep pace with the accelerating speed as “applications have become an increasingly distributed, dynamic, complex, and really beyond the scale of human management.”

SAP acquired the intelligent robotic automation firm Contextor in November 2018. Last year almost half of all Gartner’s Top 10 Strategic Technology Trends for 2020 were directly or indirectly related to automation.

SAP Intelligent Robotic Process Automation is part of SAP Business Technology Platform. As well as the common RPA functions it is intended to drive optimal process models and apply bots with a greater degree of automation. It is also intended to bring about higher customer satisfaction with a minimal data-processing time for customer requests. It uses a visual design of bot workflows and allows trigger mechanisms for bots which can be supervised or autonomous to varying degrees. SAP iRPA provides a series of pre-defined bots for common tasks and the ability to develop unique bots. The function of bots can be monitored and analysed.

The fact process mining, workflow management and RPA are interconnected, and can provide informational fuel for each other, means that technology companies specialising in one area are branching out to provide their own versions of the other connected technologies.

SAP, with its focus on end-to-end digital transformation and its huge investment portfolio, has been able to leverage its natural advantage over its competitors and is moving quickly now, after a somewhat delayed start, to assert itself as a provider of process mining, workflow management and process automation technology.

As with other areas of IT services like customer experience or experience management, SAP has identified its future competitors in new markets and made moves towards strategic alliances and cross-selling where it has not acquired those startups entirely.

“I think that consolidation clearly shows that as a standalone mining vendor, it’s really hard because by now it’s very hard to differentiate, it’s very hard to get traction in the market. And that’s a reason for the quick consolidation that we saw because you now see that the [other] larger players are coming in and grabbing market share quickly.”

More generally what we are seeing from SAP is the accumulation of specialised solutions which integrate easily, and are marketed and distributed to their customers on a platform basis in offerings like Rise with SAP. Along with an emphasis on cloud and service-based provision, SAP is bringing early startups that show genuine potential under the umbrella of the brand of SAP while simultaneously funding extensive internal research and development.

Developing and promoting the use of process mining, workflow management, and intelligent RPA are part of this strategy to create flexible and context specific ERP systems, available in all areas of commerce and industry.

If you are an IT consultant specialising in any aspect of SAP, from SAP Ariba, to S/4HANA or Robotic Process Automation, get in touch with our team at IgniteSAP and we will help you find a path to making the most out of your extremely desirable skills.