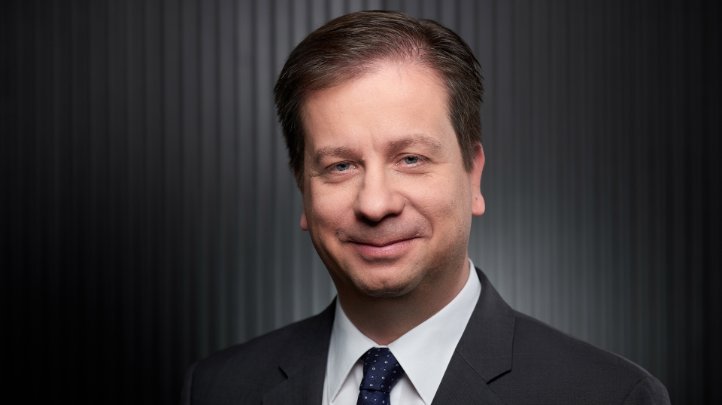 The SAP Supervisory Board has reached agreement with CFO and Executive Board Member Luka Mucic that he will be stepping down from his roles at SAP on the 31st of March 2023. He will remain fully active in the company until that date, but the SAP supervisory Board will now begin the search for his replacement.

Hasso Plattner, SAP co-founder and Chairman of the Supervisory Board has expressed SAP’s thanks to Mucic for his 26 years of service to the company.

“During his tenure as CFO, SAP’s cloud revenue has risen from €1 billion to more than €9 billion. Luka and his leadership team have been a cornerstone of SAP’s successful cloud transformation and I know they will continue to execute excellently throughout this transition.”

Mucic is only the third CFO at SAP in fifty years of operation, and has been CFO and Executive Board Member since 2014.

Luka Mucic began working for SAP in the Corporate Legal Department in 1996. From 2008 to 2012 he was CFO of the DACH region for SAP, and he moved to Head of Global Finance and became a member of the SAP Global Managing Board in 2013.

As well as continuing his role over the next twelve months as CFO and Executive Board Member, Mucic will also be responsible for Taulia and SAP Signavio, and oversee sustainability for SAP.

Commenting on his plans for departure, Mucic said that:

“I am immensely grateful to SAP for the opportunity to have played a part in our incredible journey and success. It is a privilege to work with such talented and committed colleagues at a company truly dedicated to making the world run better.”

The Bridge from McDermott to Klein

SAP’s long-term strategy to transition to a Cloud-based ERP software service provider began in the era of Bill McDermott, which was characterised by major cloud acquisitions which have become cornerstones of the SAP portfolio such as SuccessFactors, Fieldglass, Hybris, and Concur, and also the introduction of S/4HANA in 2015, and Qualtrics in 2018.

The establishment of the cloud-centred corporate strategy took place during the tenure of Luka Mucic as CFO since 2014, and his influence has provided executive stability as SAP has branched out from this core cloud offering, aimed at modernising the SAP core user base, to include more customer-centred offerings in the CX/CRM and Employee Experience Management solutions since the beginning of Christian Klein’s time as SAP CEO.

SAP’s CEO and Executive Board Member Christian Klein, said that Luka Mucic has been a wonderful mentor to him:

“His intellectual generosity, deep commitment to principle-based leadership and dedication to SAP and our customers have been an enormous benefit not only to me personally, but also to the teams he leads and to our growth and success as a company.”

This typically stabilising influence has been of immense value to SAP over the last couple of years which have included multiple shocks to the global economy.

A doubling down on the move from up-front fees to a subscription model in the third quarter of 2020 necessitated a “revised mid-term outlook” and a recycling of revenue into further product development “moving our large on-premise ERP workloads to the cloud, and gaining market share for our leading cloud applications”, and this was poorly received in the market at the time: but Klein and Mucic have since been shown to have been correct in following their long-term goals with extremely good financial results posted at the last quarter (January 2022).

In October 2020 Mucic summed up SAP’s clear vision for growth:

“With the journey to the cloud, as previously outlined, we are further addressing this market need, accelerate the cloud transition and tripling our cloud revenue to more than EUR22 billion by 2025. The ambition is based on moving our large on-premise ERP workloads to the cloud, and gaining market share for our leading cloud applications, firmly establishing our platform as the basis for business transformation in the cloud, winning in new markets, increasing our R&D invest to deliver new innovations in the Industry Cloud Business Network for sustainability, strong focus on our customer success to ensure adoption higher than usual, and ultimately lifetime value.”

Mucic’s influence at SAP has smoothed over some these bumps in the road. His financial statements have always included patient explanations of the reasoning behind changes in strategy, and have always favoured long-term growth, based on extending SAP customer lifetime revenues and market share, over short term results. As public awareness of cloud services has taken hold over the past two years there has been increased demand for SAP products and services: particularly those which ease the journey from on-premise to cloud, such as S/4HANA Cloud and more recently Rise with SAP.

Stepping Sideways Not Back?

It is interesting to note that in April 2021 SAP SE extended Luka Mucic’s contract as CFO from March 2021, to March 2026, but this has now been shortened to just one year. IgniteSAP assumes this is probably related to his roles overseeing new SAP acquisitions Taulia and Signavio, both companies with strong links to SAP previous to their acquisition.

We will await with interest announcements by SAP regarding his replacement as CFO. We would expect it safe to assume that his successor will be a current or past executive of SAP in order to provide the stability of vision required to support the expansion of the corporation. However, given the unprecedented times, SAP may prefer to bring in a heavy hitter from elsewhere to identify new avenues for S/4HANA.