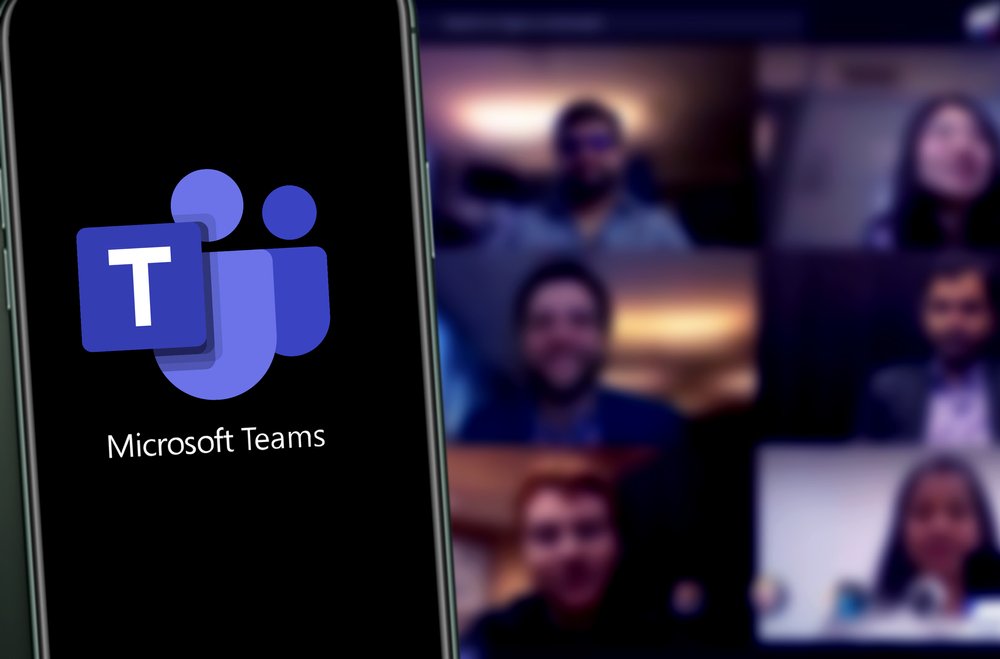 SAP and Microsoft have simultaneously announced an “extensive expansion of an existing strategic partnership” with the aim of accelerating the adoption of S/4HANA on Microsoft Azure.

The companies have been committed in some form of partnership for cloud provision and promotion and certification of each other’s products since 2011. The most recent formal development of this partnership until now has been as part of “Project Embrace” (which included agreements with Amazon Web Services and Google Cloud as well as Microsoft Azure). Project Embrace was designed to facilitate SAP customers’ move to cloud provision of SAP solutions by working with these partners to ensure that customers already using those partners’ services could transition to S/4HANA more easily with the provision of approved pathways for implementation and pre-designed reference architectures.

In this new update to the progression of the partnership between SAP and Microsoft the companies have announced that the next stage in the acceleration of adoption of S/4HANA on Azure is to simplify the process of moving to this form of S/4HANA provision from on-premises SAP ERP, to increase joint engagements with customers and to increase investments and development in platform and infrastructure for automated migrations, along with operations, monitoring and security. This last aspect is particularly relevant to companies who have a legal obligation to comply with regulations (such as the EU General Data Protection Act 2018) designed to protect their own customer’s data in the cloud.

The entirely new part of this partnership discussed in the press release was the announcement that, in response to changes in society and the economic environment due to Coronavirus and the associated national lockdowns, SAP and Microsoft are: “building new integrations between Microsoft Teams and SAP solutions such as SAP S/4HANA, SAP SuccessFactors and SAP Customer Experience”.

The press release explains that in combination with longer trends of digitalisation we have seen more recently a greater reliance on the virtual business environment for meetings and daily communication and collaboration. The motivation for the planned integration of Teams into SAP is to enable innovation, increase employee productivity and engagement, deliver collaborative learning and support global growth. The first step in this will be the integration of Microsoft Teams into S/4HANA on Azure but this integration will be extended to include other SAP products in the months ahead.

Christian Klein gave this explanation of SAP’s intentions: “By integrating Microsoft Teams across our solution portfolio, we will bring collaboration to the next level, jointly determining the future of work and enabling the frictionless enterprise. Our trusted partnership with Microsoft is focused on continuously advancing customer success. That’s why we are also expanding interoperability with Azure.”

The press release also gave some testimonials highlighting some of the advantages that customers of SAP and Microsoft have found in the close integration of their products and services.

John Hill, chief information officer and senior vice-president of business planning for Carhartt, said that after their transition to S/4HANA they found that running it on Azure provided them with more visibility and efficiency across the business due to increased “velocity, availability, scalability, and elasticity”. Carhartt said they implemented SAP during the pandemic and the combination of SAP and Microsoft was especially helpful during that time. “…By using Teams we were able to continue to work on the project, stay on schedule, and keep everyone informed.”

The fact that a large corporation was able to implement a transition to S/4HANA on Azure on schedule at a time when whole industries were frozen is quite an endorsement for Teams as a facilitator of group projects, and for the process of implementation of S/4HANA on Azure as well. We can expect to see much greater ease of information sharing in SAP implementation and maintenance later on when we have Teams embedded into other SAP solutions. The convenience of having a communication platform embedded in SAP software will also be of use to those companies using SAP solutions day-to-day and not just during crucial changes to software and infrastructure carried out by IT consultants, and this will also presumably increase data security in inter-company communications if it takes place within an already secured network. Further centralisation of data transfer and communications will mean it is easier to ensure corporate and public data compliance.

Francesco Tinto, Walgreens Boots Alliance’s senior vice president, global chief information officer emphasised the advantages of the partnership between Microsoft and SAP for those who have been obliged to work much of the time at home: “Microsoft Teams coupled with SAP solutions helped us overcome business continuity challenges and enabled our employees to collaborate very effectively despite the shift from office to remote work.”

With our position at the centre of a wide and diverse network of IT professionals IgniteSAP has been party to information about numerous SAP implementation projects going ahead in Europe and elsewhere. Associates within our professional network have reported successful projects going ahead in companies like C&A Germany, a clothing retail group. Carhartt and other forward thinking companies understand that the fundamental way to adapt to a new business context is through technological innovations and SAP implementations such as transitioning to S/4HANA Cloud can provide the means by which they meet the challenges of the new normal.

The pharmaceutical company Boehringer Ingelheim reported migrating its global ERP systems in late October to S/4HANA, going live simultaneously in 41 countries in just 4 days. This was discussed in SAP News:

“More than 600 employees were involved worldwide, running more than 3,400 test scripts. The brownfield approach posed a special challenge to the project: completing a 1:1 conversion of the existing ERP system “GBS” to SAP S/4HANA within the regulated processes. Due to the myriad documentation requirements in the pharmaceutical industry, it is especially important to build on the existing ERP system without reimplementing or disrupting ongoing business processes.”

SAP projects have almost always included an element of working from home and the standardisation of the communication aspect will certainly increase efficiency in communications between collaborators. SAP has had a built-in messaging service in the form of SAPTalk that has been available since before 2005 but the functionality of this was limited. The screen sharing aspect of Teams will certainly be very useful, but the primary advantage for home working will be that of embedded video-conferencing. It is useful because of the peripheral information that is conveyed when speaking with a colleague face-to-face. Facial expression and tone of voice cannot be overlooked as they contextualise a message, and also the increase in visual and auditory human interaction can only benefit us all by increasing empathy with our collaborators as we work toward a common goal.

One other way that the integration of Microsoft Teams could be useful to SAP and IT professionals and lower-skilled users is through the help portal or other support network with SAP. SAP has a vast training and education program for new users as well as those professionals wishing to refresh or increase their skills. Having an embedded video-messing platform with screen-sharing function could be extremely useful for one-to-one mentoring or just problem solving on a daily basis where the situation can be illustrated directly, rather than communication being filtered down to just words.

The overall impression that we have received of the experience of IT professionals is that working from home or anywhere other than the traditional office environment can be favourable. There are clear advantages. Many IT consultants have until now been expected to commute and travel long distances in the course of their daily schedule. Taking on contracts abroad can be exciting at first but the succession of planes, airports and offices blend into one unchanging experience, and only the contract itself provides variety. Operating professionally within a virtual office environment means more time to concentrate on the task at hand, and more time outside of this to achieve our personal and professional goals. This gives us the means to be more flexible and so we are more likely to achieve a healthy work/life balance. At a corporate level there are also massive reductions in the cost of operating (with almost no travel expenses) and this coincides with a lower carbon footprint for the organisation as a whole.

So is this new normal here to stay? Post-Covid-19 will we be returning to our old working habits? Probably not. What we will see is a combination of, or compromise between the two situations.

There are debates among the executive of large system integrators about the necessity of maintaining such enormous amounts of company real estate when the key function of an office is to provide a meeting place. If the majority of the workforce can work online then maintaining a huge real-world footprint can be seen as an unnecessary expense which is harder to justify to shareholders.

So it is likely that managers of projects integrating SAP and other IT systems will seek to hire virtually, operate virtually and complete implementations successfully without any physical presence. This will bring about new challenges such as how IT consulting contractors can build and maintain a group identity among themselves, and build trust with their customers.

Trust is important particularly when performing specialist functions for customers. Previously on a contract an IT consultant would preferably be on site in person at least for some of the time. This fulfilled the function of spending time with the executives explaining the implementation and getting extra information as the process progressed. Time was also spent with those daily users who might draw attention to key problems of which the executive was not necessarily aware.

This sharing of physical space and conversations around the subject helps to engender trust by providing opportunities to display credibility and reliability. The intimacy required for trust is difficult to create through the filter of a two-dimensional screen and with delays and breaks in the audio signal, despite the obvious benefits of video communication over just text or voice.

All of these same issues apply even more to forming a group identity with a company. Trust is essential and so is the kind of “telepathy” with colleagues that gives an organisation the edge over their competitors. While the opportunities for communication at a distance are multiplying, the quality of interaction, and the chemistry of human interaction will need to be provided for. So while the integration of video communication and screen-sharing using Microsoft Teams can increase the level of interaction and collaboration in SAP it will always need to be augmented with physical proximity to our co-workers, at least some of the time, if we want to feel connected and personally invested in our daily activity.

IgniteSAP has discussed elsewhere a tendency in SAP to form alliances, partnerships, and agreements with corporations which they have been in direct competition with in the past. This form of corporate diplomacy is the means by which they will position themselves as central in the digital economy. The integration of Microsoft Teams into SAP solutions, as part of the ongoing strategic partnership is emblematic of a wider trend in business. It appears that as we are driven into relative isolation by global events like Covid-19, we are consciously and unconsciously seeking a far greater level of interaction with our peers within the world of business and beyond.

For more news, updates and insights from the SAP market read the Ignite SAP Blog.