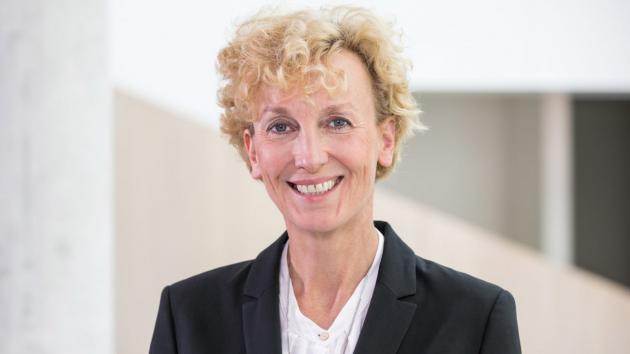 The appointment of a new member of the SAP Executive Board has been announced today (3rd September 2020) in a press release from SAP SE headquarters in Walldorf, Germany.

Sabine Bendiek will be joining the board in the role of ‘chief people officer and labor director’ early next year. Her role will include oversight of ‘attracting the best talent in the industry, providing a growth and learning environment for employees, and ensuring a consistent leadership culture to enable inclusion, accountability and agility’.

In Bendiek’s previous position as Microsoft Germany’s Managing Director she was responsible for all activities in the German market and for guiding Microsoft Germany’s transition toward being a prominent provider of hybrid cloud and software solutions: an area which has a substantial overlap with SAP. This effort increased Microsoft Germany’s cloud-based business by 50%. SAP also uses the Microsoft Azure cloud platform to operate SAP systems so it is easy to see why Sabine Bendiek’s recent success caused her to be selected for her new role on the SAP Executive Board.

A graduate of the business administration program at Massachusetts Institute of Technology, Bendiek held various roles in companies in the areas of business consulting and technology prior to Microsoft Germany: notably with McKinsey, Siemens and Dell Technologies.

Hasso Plattner, chairman of the Supervisory Board said of Bendiek ‘we have found an exceptional executive who not only can drive a business-centric Human Resources function as the heart of our ongoing transformation, but also has deep operational experience’.

Christian Klein, currently both Chief Executive and Chief Operating Officer as well as a member of the Executive Board added: ‘Sabine’s track record leading transformations at various companies, combined with her passion for people and leadership, makes her a natural choice to lead the complementary pillars of people and processes that are key to driving SAP’s ongoing success.’

Sabine Bendiek commented on her new role in the press release.

‘SAP is recognised throughout the industry as a growth company and its people are crucial to its ongoing success. In any successful organisation, business growth and the people strategy must work hand in hand.’

The term for her appointment to the board is for three years, initially in a more traditional Human Resources managing role and taking on further responsibilities later in 2021 as SAP’s first ‘chief people and operating officer’. This is clearly a strategy designed to support the dual role currently assumed by Klein since the departure of his co-CEO Jennifer Morgan last April.

The traditional role of a human resources manager holds greater weight than it did in the past in the current economic context when technology companies are making profound changes to their workforce. While the services industries and IT consulting sector are making employment cuts there is also a trend toward acquiring cloud and cyber security companies which will eventually cause a reallocation of employees’ roles and an influx of new talent as new business opportunities become available.

The creation of a new role by SAP SE with the title ‘Chief People and Operating Officer’ may indicate a long term strategy to take account of these changes. The use of phrases such as ‘attracting the best talent’ and ‘providing a growth and learning environment’  indicates a need for SAP SE to be seen to be taking their human resources seriously. Though there may still be hard times ahead, the appointment of Sabine Bendiek is to some extent an investment in SAP’s future workforce.

For more News, Updates and Insights from the SAP Market read the Ignite SAP Blog.