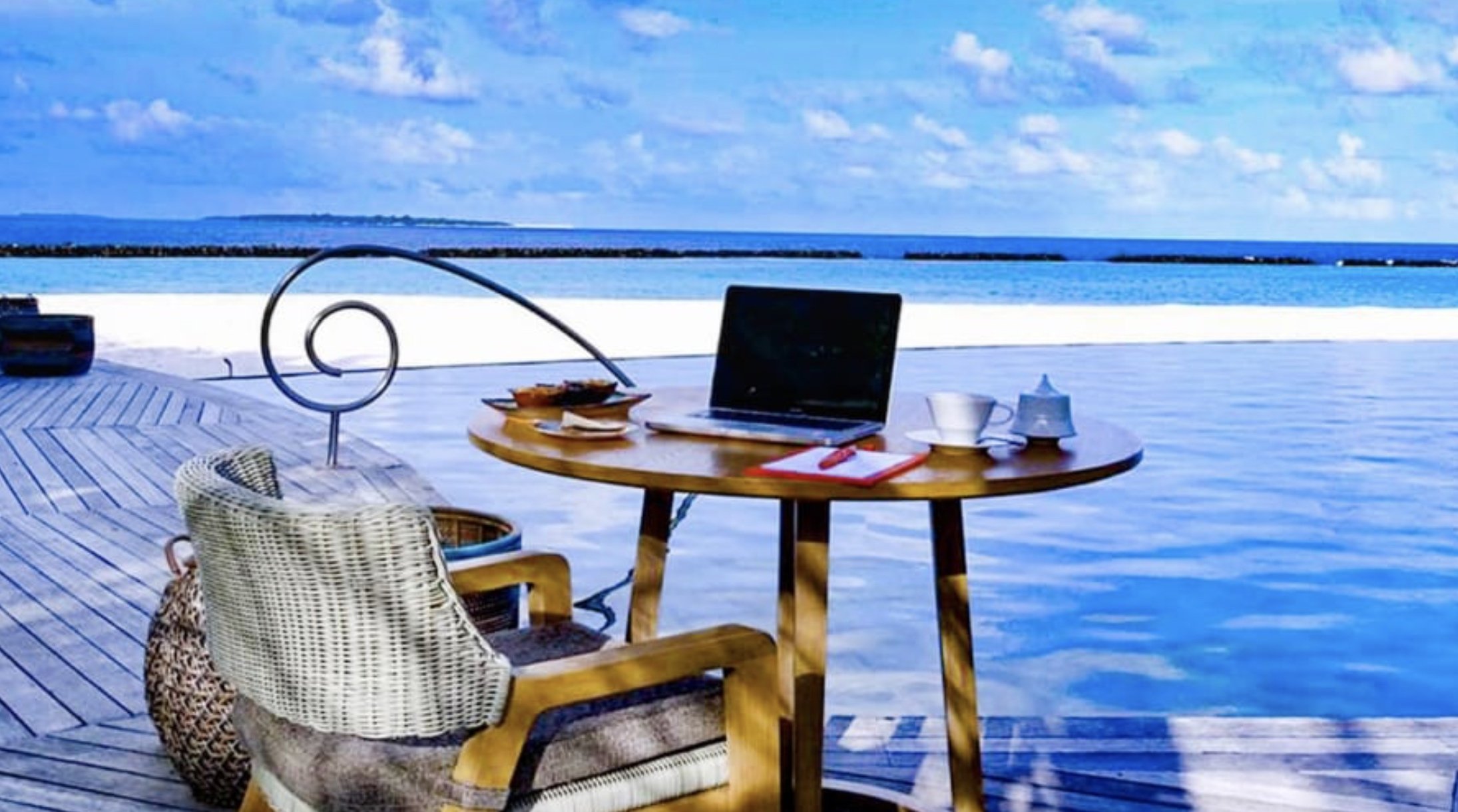 The Value of Remote Work

It was reported by Reuters in August that Google has been considering cutting the pay of remote workers. Facebook and Twitter have also cut pay for remote employees. All three corporations have justified the change by the fact that those who live in less expensive areas do not have the same living costs as those who live within a short commute to the office. As remote work is becoming more widespread, can we expect this reassessment of the value of remote working to spread to other areas of the IT economy?

Screenshots of the Google internal salary calculator have indicated a difference of as much as 25% between those working at an office location and those working from home, depending on the location. The change in pay has begun in Silicon Valley but it is expected to spread to other companies in other areas.

In the UK for example, 68% of employers have expressed an interest in pay cuts for those working from home according to poll of 150 employers commissioned by CIPHR. However, this trend has yet to take hold because a recent study by the Chartered Institute of Personnel and Development found that only 7% of UK companies that vary pay by location have chosen to change rates of pay for home working.

It appears that as the workforce emerges from lockdown, a large proportion have expressed an interest in not returning to office-centred work, and companies have been taking steps to encourage their employees to do so: even if that means taking an aggressive stance on pay based on location.

This week IgniteSAP will be exploring what this means for the IT sector, where remote and hybrid work is common practice.

The Changing Culture of Work

It is easy to see the rationale on both sides of the argument about remote work. Employees feel the value of their work should be determined by output of results, and not by the “unrepresentative” measure of time in the office. Also, a pay cut feels like a step back in your career and may adversely affect your ability to command higher salaries as your career develops.

On the other side of the coin, employers can reasonably say that workers have less expenses when not commuting, and also appear to have more of their own time than their colleagues who travel to the office. But remote workers complain that they are always expected to be available for work, to the extent that the EU has passed non-binding legislation supporting the employee’s “right to disconnect” in an attempt to change the culture of remote employees being always on duty.

The issue is more complex than it would appear as there are advantages and disadvantages for both employer and employee in working in the office, or remotely.

For some employees (and not all), taking a pay cut and saving the time and money of commuting would in fact leave them with more money in their pocket. As the trend emerges we will see huge variation in the application of this and so it is important to consider the financial implications of such a change very carefully.

Where Are You Most Productive?

While the companies considering pay cuts for remote workers may believe that a remote workforce is not as effective as a workforce which is overseen by managers (and by their co-workers), there are arguably many benefits for companies who allow remote work.

A study by Stanford University in 2014 concluded that at home workers, or “telecommuters”, working for a company call centre completed 13.5% more calls than the staff in the office. The company also retained at home staff twice as long as their in-office colleagues: perhaps in part because at home you can decide who shares your time and space. Professor Nicolas Bloom, who was in charge of the research explained the increase in productivity in this way:

“One-third of the productivity increase, we think, was due to having a quieter environment, which makes it easier to process calls. At home people don’t experience what we call the ‘cake in the break room’ effect. Offices are actually incredibly distracting places. The other two-thirds can be attributed to the fact that the people at home worked more hours. They started earlier, took shorter breaks, and worked until the end of the day. They had no commute. They didn’t run errands at lunch. Sick days for employees working from home plummeted… [People] say that telecommuters don’t work as hard as people in the office. But actually, it’s quite the opposite.”

Another reason why companies may benefit from employees who work from home is that they have access to a broader array of talent: not just those who are willing to live near the office location.

The Popularity of WFH

A recent survey into attitudes toward remote working among employees, called The 2020 State of Remote Work, found that working remotely was extremely popular. The survey was published during the pandemic when a huge number of people were forced into remote working by national lockdowns.

When asked the question “Would you like to work remotely, at least some of the time, for the rest of your career?”, 98% of respondents replied with a ‘Yes”, and 97% would recommend it to others.

Cultural resistance to working from home seems to have been shifted by the experience of the pandemic so now more people have decided for themselves which location they prefer.

Working from home is of course not possible for many industries where specialist equipment is needed for manufacturing, or because employees need to be on site for other reasons. But, as a large portion of our economy is now based around the exchange of information and language-based skills we will see a permanent change in these sectors.

If we take Germany, for instance, the IT sector has (according to Statistica) a combined value of 94.6B EUR and the IT services segment is the largest, as it supports so many other parts of the German economy. The number of IT software and services employees in Germany is 1 million.

These 1 million IT professionals all have the opportunity to work remotely. It depends partly on the attitude of their employers to a remote workforce, but the workforce will vote with its feet.

With the introduction over the last decade of cloud-based Software-as-a-Service packages for ERP systems and other business processes, the potential for the IT administration of most German businesses to be implemented and serviced remotely has skyrocketed. In the future, as on-premise ERP systems are replaced by cloud-based systems, maintenance of those systems will be done remotely anyway so it will not matter where the IT professionals choose to be working. Even software problems in manufacturing facilities will be solvable from a remote location as more IoT technological solutions are adopted by industrial manufacturers.

From a purely technical point of view implementation, of entirely new ERP systems can be done remotely already. The main reasons why system integrators have tended to be on the premises when carrying out an implementation project are:

Because legacy ERP systems were on-premise and this has created the expectation that system integrators need to be on-site.

To reassure the customer that they are getting value for money in their investment in a new ERP system.

To reinforce a business relationship with social bonds and hopefully create trust which leads to maintenance contracts.

Since the widespread adoption of video conferencing and screen-sharing, a lot of the need to be physically present has dissipated as the necessary non-verbal communication can take place on screen. In fact an IT professional who expanded their skill set with an emphasis on acquiring the skills to implement ERP systems like SAP remotely would certainly find a higher demand for their skills in the future: as part of a IT consultancy firm or as an independent consultant.

Working from home you could carry out SAP implementation and maintenance in any country in the world, and in fact some IT consultancy firms specialise in this type of work.

Not having to relocate to take on an SAP project would reduce the expense of a project so it would be possible to undercut the competition without reducing your personal income. Also you could afford to take on several smaller and shorter projects for small to medium-sized businesses, rather than exclusively dealing with large corporations. SMBs make up the largest portion of the global economy: over 99% in Germany. By diversifying income streams it becomes easier to ensure regular income.

SAP’s vision for Industry 4.0 and the digital transformation of the global economy has led to a strategy which is nudging businesses into using S/4HANA cloud and other SAP cloud-based applications rather than on-premise implementations and eventually they will no longer be offering anything other than cloud-based software solutions so it is essential for an SAP professional to ensure they are enablers of this trend.

As cloud-adoption becomes the norm all SAP projects will in fact be remote. It is a question of where the remote implementation will be administered. SAP have demonstrated they are supporting this trend with their announcement in January that they are embedding Microsoft Teams across all their solutions so that they can offer face-to-face support and product education to their customers.

John Hill of Carhartt said they implemented SAP during the pandemic and the combination of SAP and Microsoft was especially helpful during that time. “…By using Teams we were able to continue to work on the project, stay on schedule, and keep everyone informed.”

SAP projects have always included an element of working from home and working remotely but new SAP technology developments are quickly making working remotely functionally the same as working in an office.

Although there will be some tension between employees, employers, and their customers regarding the value of work outside the office as the culture catches up with the technology, this debate will settle down. A new consensus will arise and we can expect a world of work which will feature a high proportion of working remotely.

What is important at this junction in the road to global digital transformation is that IT professionals, whether they work for a large company or as independents, should be able to take full advantage of the ability to carry out complex implementations remotely: so training in cloud-based ERP software systems like SAP will be essential.