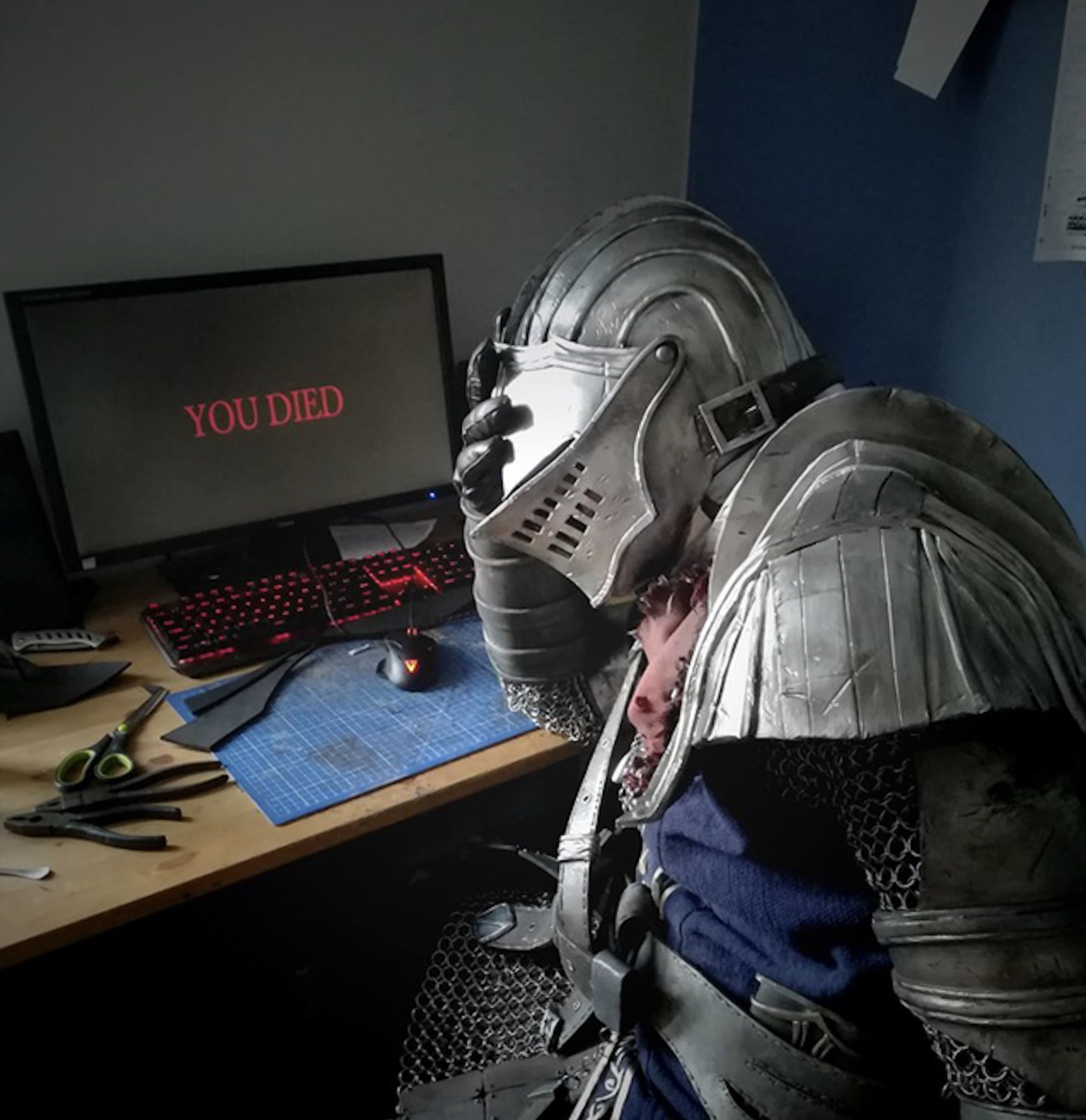 The headwinds facing businesses are accumulating and many respected sources of information regarding economic affairs are revising their outlook and predicting a global recession.

These predictions are themselves leading to caution in markets and in finance departments, and as the cost of living increases many people are concerned about how this is going to change their own standard of living.

This week IgniteSAP is going to explore the ways in which commentators believe a global recession will influence IT spend and specifically what this means for professionals in the ERP space.

The Bank of England has predicted that inflation will peak in the UK at about 13% and remain above 10% for much of 2023.

These moves are in line with the US Federal Reserve, which raised interest rates to a forty year high.

The combined effect of all of these influences on manufacturing can be demonstrated by looking at the automotive industry as a barometer of the wider economy in Europe.

While customers are less likely to spend, the auto industry is facing supply chain breakdowns and higher energy costs. Forbes reports that: “Fitch Solutions said sales of cars and SUVs in Europe will fall 9% in 2022. LMC Automotive reckons sales in Western Europe will slide 6.3% in 2022, although that’s an improvement on the previous month’s forecast of a 7.4% fall… it looks anaemic compared with its forecast at the start of the year that sales would bound ahead by a healthy 8.6%. … the invasion of Ukraine put paid to that.”

The investment bank UBS now predicts that auto manufacturer’s profits for 2023 and 2024 will be down by 30% due to lower demand and affordability as well as higher costs, though luxury car makers and EV manufacturers will outperform others.

In June the World Bank released a statement that the aftershock of the Covid-19 pandemic, along with the Russian invasion of Ukraine means that the world is entering a protracted period of feeble growth and elevated inflation.

Though there is no universally agreed definition of a recession, some have recognised it as “two consecutive quarters of declining growth” . Another more open definition has also been suggested by the US National Bureau of Economic Research:

Agreement on whether the global economy has experienced a period of recession is only really possible in retrospect, when the full implications have played out and recovery has begun.

Morgan Stanley has commented that despite these predictions, the recession is likely to be shallower and less damaging to corporations than previous downturns.

They reasons they cite are: high property prices, robust labour market dynamics leading to hiring freezes rather than layoffs, a comparatively strong starting point before the downturn, and more “durable” corporate earnings because of the trend toward subscription-based revenue streams: as has been the case with SAP’s recently revised business model.

The difference between the predictions and interpretations of central banks and economists on the one hand, and the banking and investment commentators on the other, is that each of these groups has different points of focus.

If we differentiate between the different sectors of an economy rather than on national or regional distinctions like GDP, then it is clear that, though there is a common macroeconomic trend, not all areas of business will be affected in the same way.

We can also carry this process of differentiation further and show that not all areas of the technology sector will be affected in the same way and to the same extent.

The Washington Post commented in July that: “Big Tech is bracing for economic recession” and that this was influencing markets. The status of Big Tech as a barometer of the wider economy is justified but this can be somewhat exaggerated by market dynamics.

Also, when the media reports on “Big Tech” they are creating a group which includes everything from phone manufacturers and EV manufacturers to social media companies. In fact every company now needs to be a technology company to some extent so the “technology sector” definition is not as appropriate as it once was.

But we can see a trend of hiring freezes and more cautious spending. In a recent memo to employees, Sundar Pichai, chief executive of Google-parent company Alphabet said: “We need to be more entrepreneurial, working with greater urgency, sharper focus and more hunger than we’ve shown on sunnier days”.

Resilience in the ERP Market

While most companies are in agreement that belts need to be tightened, companies that provide the means to carry out that process of belt-tightening are going to see much less reduction in demand than others.

ERP is the toolset which is now becoming universally accepted as the best way to achieve the efficiencies which are required to compete in a leaner market.

IT Spending to Grow 3%

In July Gartner forecast a rise in worldwide IT expenditure of 3%, to $4.5 trillion. This is a slowing pace of growth but still indicates a resilient market. Expenditure on devices was reduced by 5% but IT spend on software grew by 9.6% and IT services by 6.2%. The overall IT spend into 2023 is likely to grow by 6.1%
John-David Lovelock, vice president of research at Gartner commented: “Inflation is top of mind for everyone. Central banks around the world are focusing on fighting inflation, with overall inflation rates expected to be reduced through the end of 2023. However, the current levels of volatility being seen in both inflation and currency exchange rates is not expected to deter CIOs’ investment plans for 2022”.

He emphasised that companies and organisations needed to invest in technology in order to stay competitive: “Organisations that do not invest in the short term will likely fall behind in the medium term and risk not being around in the long term.”

The IT Skills Shortage

Expenditure on IT is also rising to reflect the greater cost of maintaining a skilled workforce.

The cost of living is increasing with inflation, so to maintain a comparable standard of living employees need to be paid a greater amount. This can be considered an investment as it costs more to hire and train new employees than to provide training and other career advancements to existing ones.

For example, at IgniteSAP we have given an increase to our employees to support them through this difficult time, and many other business will be raising business salaries across the board in an effort to retain staff. Extra expenditure on the workforce also ensures workforce continuity which indirectly contributes to the long-term strategic goals of businesses.

IT salaries are also rising to attract new talent as companies must compete for fewer skilled workers. The opportunities for IT consultancies are increasing and so more consultants are required to carry out implementations and integrations.

The Gartner Global Labour Market Survey published in the first quarter of 2022 showed that increased labour compensation is driving up prices for technology services, contributing to increasing global spend on IT services to $1.3 trillion by 2023. Outsourcing IT services is another contributing factor toward higher spend as it bridges the skills gap within companies.

Competing in a Digitised Economy

Today all companies are required to be technology companies. Through the pandemic companies soon realised they needed to leverage technology to continue to achieve all their business goals. Technology provided the means to adapt quickly: to diversify supply chains and open up new revenue streams where consumer demand and behaviour shifted.

Now we have a different set of economic challenges while the previous ones still persist.

The high pace of changing business technology such as AI and automation is itself driving demand for up to the minute knowledge on how to build, implement and maintain systems which can integrate with a wide variety of other software and databases, and also IoT end-points like devices, vehicles and equipment.

If we differentiate even further and look at the performance of SAP which holds a large market share of the ERP space, we can see that, because it has positioned itself in the centre of emerging markets it will be insulated to some extent from the wider economic problems.

SAP shares many of the benefits of other ERP services which we outlined above and so is able to demonstrate substantial growth even as other tech companies begin to tighten their belts.

In their 2nd quarter financial results SAP showed cloud revenue was up by 24% at constant currencies and a current cloud backlog exceeding €10 billion. The backlog is particularly useful as a buffer against market fluctuations. With their new transformation-as-a-service platform Rise with SAP gaining large numbers of big customers, and S/4HANA Cloud (which was recently named a market leader by Gartner) achieving much greater adoption, SAP is future-proofing itself against the expected recession.

As an IT Consultant, perhaps providing SAP services for other companies, you are not facing the same dilemma as many other workers in the wider economy or even in the technology sector, but there is no room for complacency.

There is an argument to be made that because SAP services providers are in fact in the business of insulating other corporate customers from the headwinds of a fluctuating world economy, demand for their skills becomes more pronounced when businesses are put under greater pressure.

However, though the demand for SAP professionals is high, because IT spend is increasing, so is the demand for return on investment in those areas of spend, and any hiring process will be subject to a far higher level of scrutiny.

Hiring budgets may vary and the bar will be set higher, so it is not enough to present yourself at interview with a basic SAP skill set: you need to differentiate yourself and stand out from your peers.

The best way to future-proof your own career against the recession is to expand on your existing SAP skill set, and periodically invest some of your time in SAP training in modules which support your chosen SAP career path.

By getting an excellent foundation in key areas like S/4HANA cloud, and specialising in one or two other modules such as Financial Accounting and Controlling or Human Capital Management, while diversifying your knowledge with other complementary SAP modules, you can make yourself indispensable to a huge variety of potential employers and command a substantial fee for your services.

Now, more than ever before, businesses and organisations need you for their own survival, so if you have those skills, you are going to not only survive, but prosper.

It is important to have good representation at the hiring stage in your career, and the SAP ecosystem is a complex environment in which to negotiate to your best advantage, so if you would like help getting through this crucial time, reach out and contact IgniteSAP.