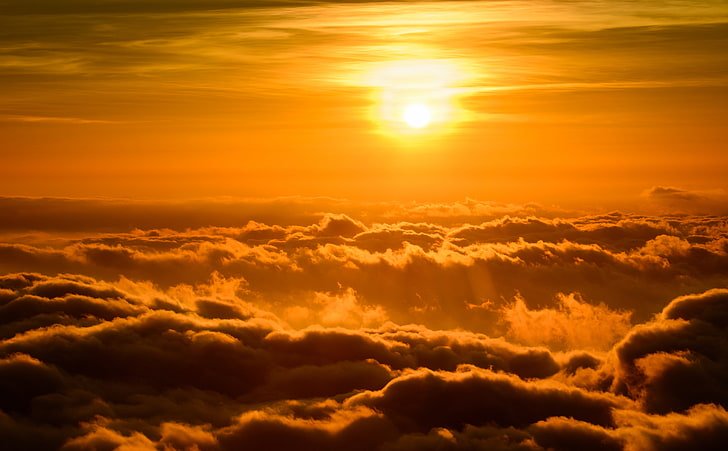 Progress on Rise with SAP

Early assessments of Rise with SAP

As we come to the end of 2021, IgniteSAP is taking the opportunity to review the impact of Rise with SAP, though it is at this stage a little early to say how successful it will be for SAP.

The introduction of business transformation as a service from SAP has caused a reassessment of the relationship between the end users of SAP products and their system integrators.

SAP’s single-contract simplification of this complex dynamic relationship still allows companies to select preferred hyperscalers, and SIs are providing support and augmentation of the offering, but it has certainly begun a new phase in the growth of the SAP ecosystem.

Throughout this year we have seen a strong promotion campaign for Rise with SAP with a launch in January, and as a central theme in this year’s SapphireNow, but two major factors have slowed the uptake of the platform from existing and new SAP customers. Both of these are obstacles to uptake which new technology products always have to overcome.

The first is the need for the understanding of the product to become widespread. The best illustration of this can be found in the surveys of SAP user groups.

IgniteSAP discussed the need for sustained product education for Rise with SAP a couple of weeks ago in relation to the findings of the DSAG, ASUG, and UKISUG member surveys. In the recent UKISUG survey 11% were planning to use the product, 44% were familiar with it and 30% had not heard of it.

Paul Cooper, Chairman of UKISUG commented: “Our findings are very similar to recent research from both ASUG and DSAG, in that it shows many organisations still aren’t overly familiar with RISE with SAP, what is covered by the single contract and how it could help them.”

The analysis by Jens Hungershausen, chairman of the DSAG board laid out the issue in a bit more detail:

“The planned industry-specific packages for the automotive sector, retail, consumer goods, engineering, component manufacturers, and utilities sound interesting. The same goes for the improvements around human resources (Human Experience Management) and the modular cloud-based ERP system. But these are all also intrusions into existing IT landscapes that are only possible if the relevant solutions can be understood in the context of the wider SAP ecosystem and corresponding projects can be implemented using viable business cases.”

This statement also alluded to the other key obstacle causing some inertia in the uptake of Rise with SAP: the natural cautiousness of the market and the corresponding need for examples of the product in use.

Rise in the Real World

End users and even those responsible for implementing the platform will want to see a substantial number of successful examples of the product in use in the real world of business before they are willing to jump on board and promote the platform themselves.

As with other software technology, the final stage of beta testing is actually carried out by the early adopters of the product. Despite the best of intentions SAP cannot develop software in a vacuum unconnected to the world of business, and so early users of Rise with SAP will flush out unforeseen problems, and these will be fixed as SAP becomes aware of these. Then the best practice for implementation will be adjusted and subsequent integrators will not face these issues. In fact this process carries on continuously throughout the lifetime of a software product.

The flip side of this coin is that the groups that are successful in setting companies up early with Rise with SAP will gain a competitive edge, and a reputation for leading the market to some extent.

So some delay is natural and it will be necessary for a critical mass of users to adopt Rise with SAP before it is accepted as a viable option among those in user groups who are exercising professional caution. SAP needs to identify the users who will benefit most and make the case for adoption directly to them.

The platform is not right for every company, but a certain section of the market that does not want to spend such a great deal of time and resources on managing IT systems and contracts will derive substantial benefits from Rise with SAP.

SAP are reporting that it is bringing in new customers and shifting the existing customer base slowly but steadily toward the cloud and toward S/4HANA.

Jan Gilg, SAP’s president of S/4HANA said: “Through Rise, we’re clearly seeing the shift from on-premise toward cloud, and there are now more than 11,500 live [on S/4HANA] right now”.

In the SAP business update for the third quarter 2021 SAP stated they were seeing a strong demand and adoption of Rise with SAP from customers of all sizes. Some these included large corporations such as Asda Stores Ltd., Philips Domestic Appliances Netherlands, Etihad Water and Electricity, and Tate & Lyle Americas.

One consequence of the release of Rise with SAP is that the introduction of a new model, which aims to simplify the provision of S/4HANA Cloud and SAP BTP, and other SAP elements, has created another layer of options and so has made the market for SAP more complex.

The market is evolving as major system integrators begin to adjust their own offerings to include support and help with implementing Rise with SAP, along with augmentations of the SAP package. This means it is more difficult to assess the variety of options available and particularly as these are changing all the time as other IT consultancies stake out their own territory in a new market space.

Initially there was a contract with SAP and with a service provider to consider. Then the hyperscalers added another term to the equation. Then SAP introduced Rise in part to reduce the number of factors involved in using SAP software. As a result a new category of service: Rise with SAP services has emerged, on the face of it to support Rise, but in some cases to support a consultancy’s SI market share.

Though it would appear that these new services are an unnecessary addition to the equation, in reality it depends whether the Rise with SAP package covers all the essential elements for each business: for example, if the business in fact would like to have a simplified model, but requires one fundamental feature which is not covered directly by SAP.

The reason why it is currently so difficult to disentangle the terms of the equation when assessing whether Rise with SAP is a good fit for an individual company is that there are numerous stakeholders who have opted for “strategic partnerships” rather than direct competition. This means that not only is the market evolving but the moving parts are themselves not clearly defined.

A Variety of Stakeholders

The new complexity of the emerging Rise with SAP market will settle down over time but for now it is contributing to the hesitancy in Rise with SAP uptake. The variety in offerings that are complicating the market are making it more difficult for potential customers to understand what the basic Rise with SAP package is, and what the benefits are: meaning that the target market who would genuinely find huge advantages in the product have yet to have see this.

The variety of voices in the conversation are also making it more difficult for SAP to present users with definitive examples of “Rise with SAP”, and not “this SI’s version of Rise with SAP” in a real world business context.

The current problems creating clear and sustained channels of communication for product education for Rise with SAP will be overcome in time as IT consultants become familiar with the package through implementation and maintenance projects. As more SAP customers come forward with success stories and start posting post-Rise-implementation financial results, these will cut through the market noise with simple numbers.

Cutting Through The Noise

What can be said for now is that Rise with SAP is steadily growing in uptake in all areas of commerce and industry in companies which vary from small to global. In itself this is quite an accolade for SAP considering that it has been introduced in the most competitive area of the market, during an economic period which is characterised by chaos and upheaval.

Another two factors to take into account in our interpretation of the impact of Rise are timescale, and context. If we take another big product: SAP S/4HANA Cloud, which SAP introduced in 2017, we can see that it has yet to be fully adopted almost five years later, and in fact Rise with SAP is part of a much bigger push for presence in the cloud market. Rise with SAP is designed to bring in new customers and move existing ones further into the SAP ecosystem. It is part of a long-term strategy to move customers from on premise to the cloud, and to a subscription-based revenue model.

In the SAP first quarter financial review for 2021 Luka Mucic, chief financial officer said: “In the mid term SAP’s expedited shift to the cloud will accelerate top-line growth and significantly increase the resiliency and predictability of our business.”

This was SAP’s overriding aim with the introduction of Rise with SAP at the beginning of 2021, to accelerate cloud growth as this supports a predictable business model. One year is perhaps too early to judge whether or not it has been a success so all we can do at this point is see what happens over then next year.

If you would like help or advice on how to position yourself to best advantage in the SAP market please contact IgniteSAP and our team will be happy to discuss your career with you.