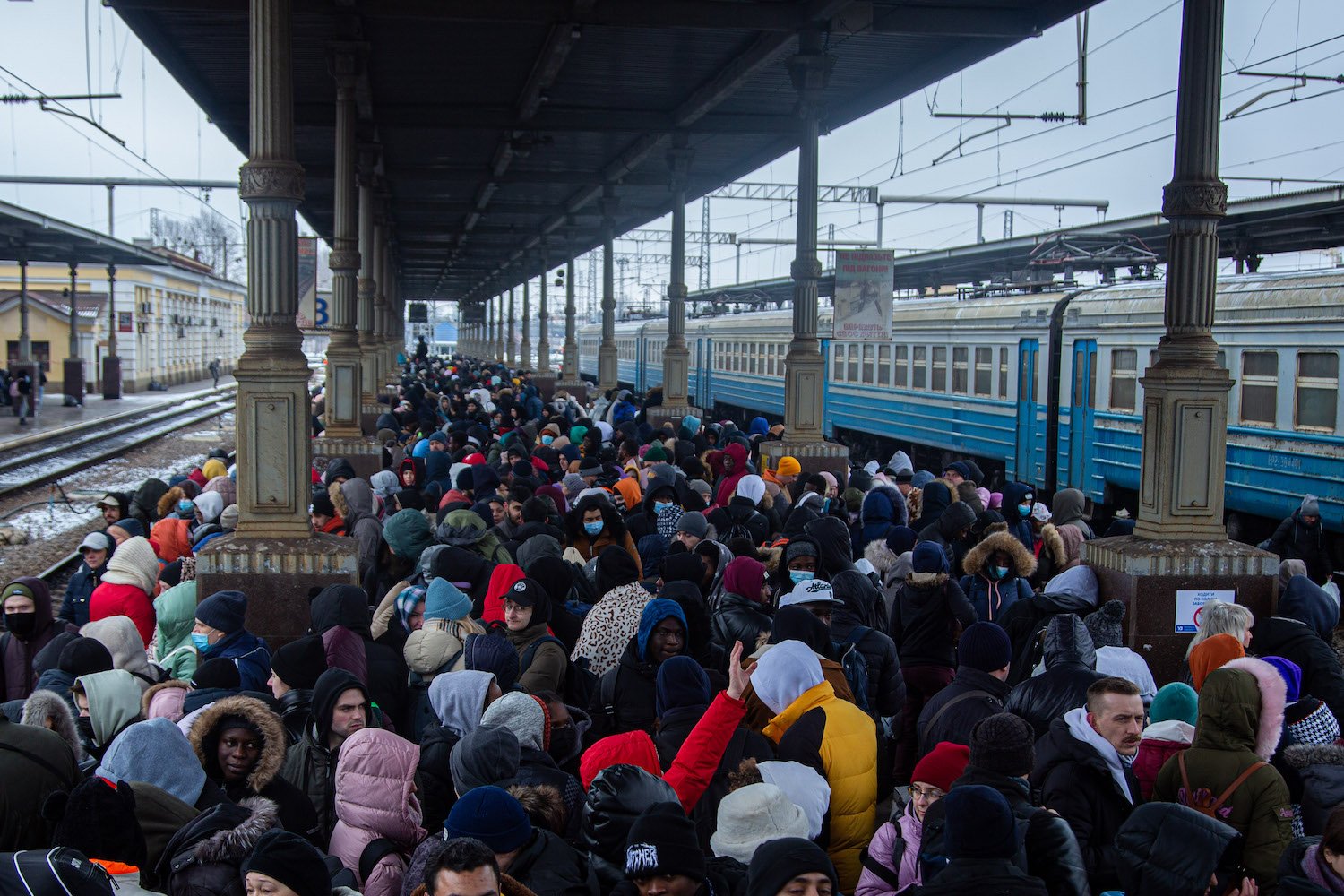 Business and IndustryEventsWork Life and Culture

How can we help the people of Ukraine?

IgniteSAP would like to express our solidarity with the people of Ukraine and are brainstorming ways in which we can help. To start with we would like to make an offer of professional support to Ukrainian SAP experts and encourage all our Partners to support us in doing so.

We condemn the invasion of Ukraine and acknowledge that the actions of the Putin regime do not represent the will of the Russian people as a whole.

Though economic sanctions are being put into effect, and these are a legitimate and necessary alternative to a military response, we understand that the private sector also has the means to improve economic conditions for Ukrainians themselves. The world should not focus solely on generalised punitive sanctions against “the Russian people”. Businesses of all sizes can consider what they can do to help. This is beginning to happen in all areas of industry, commerce, sports, and media organisations.

Though the governments of the EU and America have responded with sanctions which aim to target Putin and his immediate associates, some other sanctions will affect the whole Russian economy and consequently ordinary Russians will be paying the price for his actions.

The Effect of Sanctions

Economic sanctions against Russia have up until now had little influence on Russian foreign policy, but the scale of this new package of sanctions, along with Russia’s foreign exchange reserve of $630 billion being frozen, is expected to have a significant impact, and not just in Russia.

It is likely to cause a run on Russian banks and currency, will also have a detrimental ripple effect in global markets, and dramatically increase the rise in energy prices in the West.

The exclusion of some Russian banks, and Russia’s central bank, from the SWIFT financial messaging system, is a prominent feature of this new round of sanctions. It is not yet clear to what extent this will help the citizens of Ukraine in the short term. Money does not actually flow through the SWIFT system but it facilitates secure communications about transactions between financial institutions. The exclusion from SWIFT will lead to a severe slowing down of financial transactions between Russian financial institutions and other nations.

Other measures such as the blocking of Russia’s biggest lender Sberbank have been more immediate. By the 28th of February the European arm of Sberbank was facing failure after a run on deposits.

While the EU is unable to intervene in Ukraine militarily, as this may bring about a full European conflict, the EU has promised that all war refugees from Ukraine will be accepted.

The Resettlement of Refugees

The number of refugees from the conflict, currently above 600,000, is expected to reach between 4 to 7 million according to estimates by the United Nations and refugee organisations. This includes people from other countries studying in Ukraine. Whether these people are forced to settle in Europe or have an opportunity to return to their homes depends entirely on how the military situation develops.

Previously citizens of the Ukraine were able to stay 90 days in the EU without a visa but now the EU has said it will use a “temporary mass protection law” to extend the residency status of refugees beyond this period. The current response of the UK government is inadequate as it still limits the provision for refugees: allowing only those who already have relatives in the UK to join their families. Other UK politicians are demanding that this provision be extended to all Ukrainians.

Clearly the current occupation of Ukraine, the attendant refugee crisis and the conscription of all men between the ages of 18 and 60 will all have a massive impact on the Ukrainian economy.

The lack of power and internet connection in many areas will naturally halt any business activity.

A Proactive Response By The Private Sector

Under the circumstances all businesses involved with EU nations should be asking themselves what they can do to contribute to the effort to help the Ukrainian people. After governments and aid agencies have facilitated the resettling of Ukrainians, the private sector should take steps to provide employment.

At IgniteSAP we believe we can help Ukrainian SAP professionals by finding new placements for them once they have settled in other EU countries. We can waive any fees, commissions or charges on the successful placement as this money will be better spent resettling these workers, or being sent back to help their relatives still in Ukraine.

The Strength of Ukraine’s IT Industry

This cohort of IT professionals is ideally suited to make valuable contributions to European IT consulting businesses as the Ukrainian IT industry has been catering for European clients for some time already.

Current estimates of the number of IT specialists in Ukraine suggest around 200,000, and up until now this booming area of the Ukrainian economy has been primarily held back by a skills gap as the 20,000 annual Ukrainian IT graduates is yet to catch up with the anticipated industry requirement of 30,000 to 50,000 per year. International clients have insulated the sector from Ukrainian currency fluctuations, and IT sector salaries are many times the national average so the IT sector has been seen as an attractive career proposition to many Ukrainians.

This valuable group of highly trained professionals has been displaced, but those who are not fighting for their country with weapons can help provide economic lines of support to the Ukraine, and maintain and build on the skills which will be needed to get the country’s economy back on its feet after the physical conflict has subsided.

Their chosen profession means they have acquired supremely transferrable skills of great value to other European businesses, so they will be highly sought after to fulfil contracts in the IT services jobs market. By ensuring their prosperity during their period of exile they will be perpetuating the Ukrainian economy which extends beyond Ukraine’s borders. It is expected that whole IT consultancies originally located in Ukraine will be able to function abroad if their portfolio of clients was largely European.

The IT sector has been shown in recent years to be the most resilient and fastest growing sector in any economy and is no longer tied to any geographical location so has a role to play in keeping international currencies flowing into Ukraine and helping commerce and industry to reestablish itself when circumstances allow.

IgniteSAP wants to hear from any IT consultants from Ukraine with SAP qualifications. Our team will do our best to place these individuals in a secure and lucrative working environment so they can continue their careers, help their relatives still in Ukraine, and be in a position to help other parts of the Ukrainian economy grow and thrive in the future.

Please get in touch with our team.