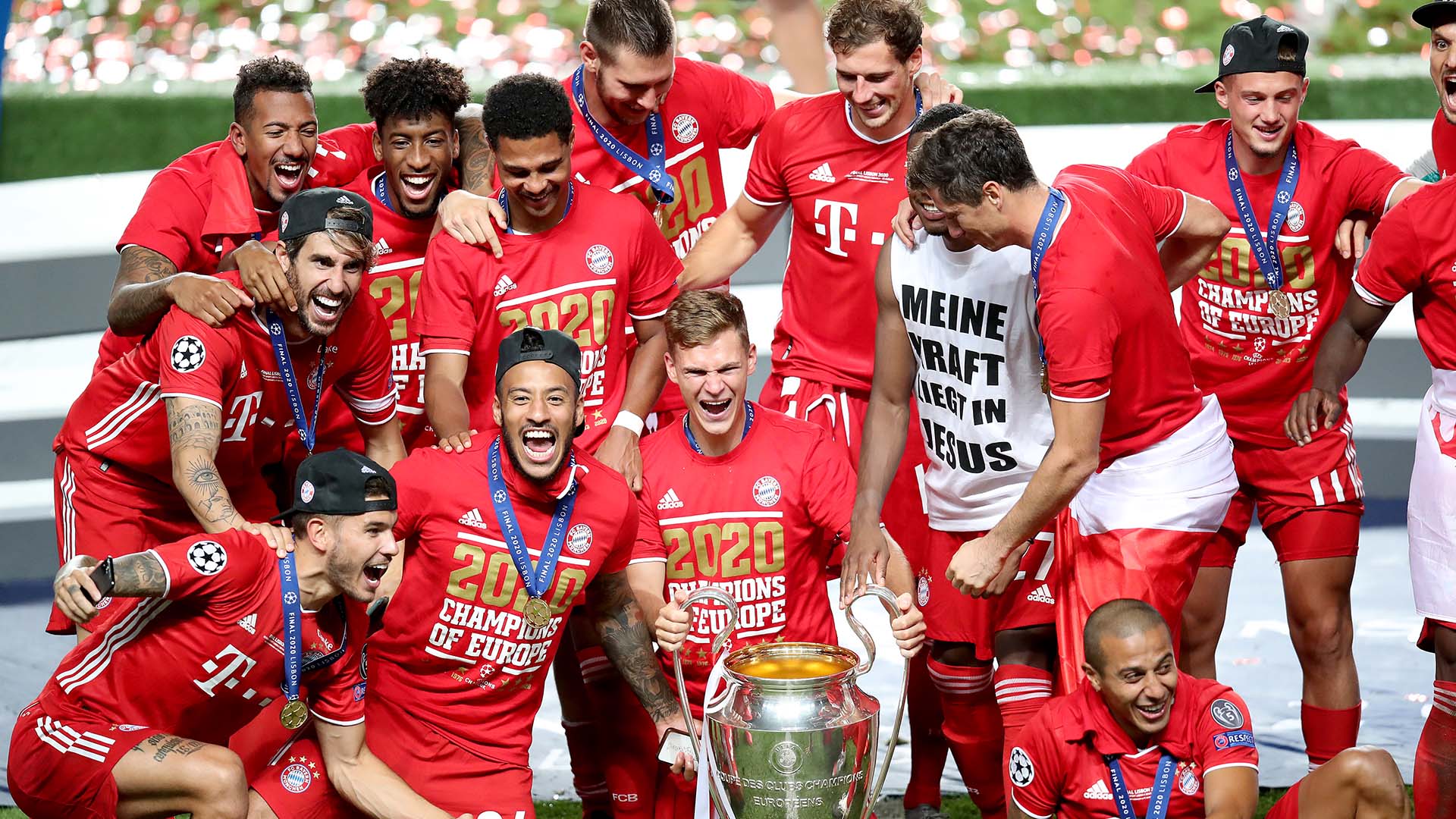 NO, of course not, but there is a serious point to be explored here and as a tech users and SAP evangelists, we at IgniteSAP feel it is worth investigating…

For those who don’t know already FC Bayern Munich won the UEFA Champions League 2019/20, so congratulations as always to our German friends. The official website points out that “A narrow but deserved 1-0 victory over Paris Saint-Germain means Bayern are European champions for the sixth time and treble winners for the second time in the club’s 120-year history.”

An analysis of FC Bayern’s current finances by Forbes shows the overall value of the club has more than doubled from $1.3B in 2013 to $3B in 2019. This is despite the constraints of the club’s aim to “only spend what we’ve earned” (according to club president Karl Hopfner).

The Forbes report breaks the club’s value down into the following categories:

As a football club and a financial entity literally at the top of their game FC Bayern Munich have sought to leverage any means by which they can measure, analyse, and continuously improve. This article aims to explore the methods used by FCB to become an exemplar of a modern football club, and in particular the way in which SAP software and IT infrastructure has contributed to this success.

In a press release in August 2014 FC Bayern announced their new “platinum partner” was SAP SE and summarised their intentions: “The partnership aims for sporting and commercial success through the use of innovative technologies, with the goal of simplifying and efficiently structuring  a host of business procedures at FC Bayern.” Bayern Chairman Karl-Heinz Rummenigge drew attention to the club’s interest in SAP Hybris, the customer experience and management platform which covers commerce, billing, sales, service and marketing.

The use of Hybris Marketing provided FC Bayern with “dynamic customer profiling” and “loyalty management” which they could use to create a personalised customer experience for fans and season ticket-holders as part of the CRM platform. This has recently developed into a “Golden Fan Record” which Stefan Mennerich, (Director of Media, Digital and Communication) says “provides us with insight into more than 250 fan attributes and enables us to create target group-specific content, services, and marketing campaigns, for example, for fan merchandise.”

But SAP software was not only intended to be used for e-commerce and CRM, it was also to be used for gathering and analysing information within the sporting environment such as providing data for performance diagnostics, about the performance levels and risk of injury to players “monitoring specific movement patterns” and allowing “early and preventative intervention in training”.

The list of possible data points for collection and analysis on the pitch is extensive, ranging from real-time visual player tracking systems, with wearable tech monitoring player physiognomy, to psychological and sociological metrics regarding team cohesiveness. To make sense of such a data set the modern football team requires the power of super-computing and the cloud to ensure constant up to the minute adjustments. This information is then collated and fed back to the training staff and the players.

In 2014 SAP was also implementing HANA for for FC Bayern Munich for use in match analysis. Gerhard Oswald, then SAP SE director, explained that “This is a new development in recent years allowing billions of data sets to be processed in seconds. It opens up entirely new opportunities that simply didn’t exist before…”

That was the intention in 2014 and the partnership (initially established for three years) was continued in 2017, so apparently FC Bayern Munich felt that the relationship was going well. The strategy of digitisation of everything, and bringing all of the tech in house developed into a project called “FC Bayern Digital 4.0”, reminiscent of the term Industry 4.0 used by SAP to denote digitisation and the use of IoT and AI in industrial applications.

In an (admittedly subjective) article appearing on SAP News in August 2017, Stefan Mennerich, made the following strong statement:

“We’ve gone from 52-system chaos, to one-system efficiency. We’ve given our players and coaches the digital tools they need to create a football dynasty. And we’ve responded in a big way to our fans’ desire for greater engagement with the club.”

This endorsement of the Club’s sponsor probably would not have appeared on SAP News if it had been anything less than full of praise, but it is hard to argue with. It is interesting to note SAP’s dual role of “sponsor” and “partner” and this raises the question of how much money went in which direction.

Mennerich oversaw the subsequent establishment of FCB Digital & Media Lab in 2018. This subsidiary of FC Bayern Munich was created to “incorporate Bayern’s existing editorial activities across social media, website, TV and print, as well as their production, digital marketing, CRM, digital and IT and technology divisions. It will also operate FC Bayern TV Live, the club’s dedicated TV channel.” The subsidiary also used SAP software and IT infrastructure.

At the time Chairman Rummenigge said: “FCB Digital & Media Lab will help us maintain our competitiveness on the international stage in the light of the enormous funds derived from TV… also support our internationalisation and bring in further funds in the areas of media, merchandising and sponsorship.”

It is possible to suggest that FC Bayern Munich’s massive increase in value over the last seven years is due in part their strategy of digitisation (if not solely to their “partnership” with SAP SE), but this is a statement about their economic activities and not about their performance as a team.

The amount of revenue a football club brings in can be said to directly influence performance through paying for the contracts with the best players, training staff, and facilities but to what extent has the use of SAP technology influenced team performance on the pitch?

As we mentioned previously, in 2014 FC Bayern Munich began using HANA for match analysis and for performance monitoring. This was a little over six months prior to the launch of SAP Sports One, SAP’s cloud-based team management software which is also powered by the HANA platform.

According to the 2015 launch press release Sports One was developed from the SAP Match Insights and Penalty Insights solutions “developed for the German Soccer Association for its preparation for the world cup in Brazil last year.”  The 2014 World Cup in Brazil was won by Germany.

SAP’s overview of the functionality of Sports One lists the following features:

Team Management, Training Management, Player Fitness, Scouting Insights, Performance Insights and Player Health. Each of these areas is comprised of a group of analytical areas designed to produce actionable outcomes.

To avoid this article turning into advertising copy for SAP let’s just skip over the details and say that Sports One is entirely comprehensive of every aspect of managing a sports team.

It does not take much of a leap of imagination looking back on that series of events to see how the biggest software company in Germany, originating in Germany chose to test its match analysis software with Teams in the Bundesliga and the German National Team. The relationship between SAP SE and the most successful team, FC Bayern Munich, subsequently developed into a commercial partnership.

However this does not demonstrate a clear link between the performance of the team and the use of the software, given that, no matter how comprehensive the system is there will always be outlying influences and random events unforeseen by the software designers. This is one of the most entertaining aspects of the beautiful game. However, we can see that other top flight teams such as Manchester City FC also use SAP software.

The City Football Group, founded in 2014, is a global network consisting of a selection of teams from national football leagues in the UK, America, Australia, Japan, Spain and China. Their Chief Operating Officer, Omar Berrada said:

“SAP is really a benchmark of how to develop an integrated partnership… SAP is a good partner for us as it helps us become better on and off the pitch. Football is now about investing heavily in technology to find those marginal gains. It’s beyond training and tactics, it’s about fitness and data science…”

Manchester City won the Premier League in 2018 and in 2019 they became the first English team to win all domestic trophies. Forbes estimated the value of the club in 2019 as $2.69B.

TSG 1899 Hoffenheim have been working with SAP for 15 years. Their training ground is 20km from SAP’s Walldorf Headquarters. In the 2006/07 season the club was promoted from the southern regional league to the Bundesliga. In the 2017/18 season they finished third in the Bundesliga and qualified automatically for the Champions League.

Sports One is now commercially released and is available to any team who can afford it, but a few have had the luxury of a “partnership” with SAP, which presumably brings significant advantages at the stage of implementation of the software.

So we have only circumstantial evidence but let us fall back on a little market analysis. In the 2019 Deloitte annual review of Football Finance, the European Football Market was valued at 28.4B Euros and according to some market analysts the world Sports Analytics market is set to grow from $1.9B in 2019 to $5.2B by 2024 at a compound annual growth rate of 22%. With such a huge market with such potential for growth we can see the motivation for any football team to invest in new technological developments.

The sports analytics business promises a greater share to the investor of the football market, taking some of the guess work out of the equation. SAP SE and FC Bayern Munich appear to have been slightly ahead of this curve and although it is impossible to prove that FC Bayern Munich would not have won the Champions League without data provided by SAP (a notion that would be heresy among their fans) it seems to be the case that in the competition to gain control of all possible means of success SAP SE and FC Bayern Munich have teamed up and are a long way ahead of the game. 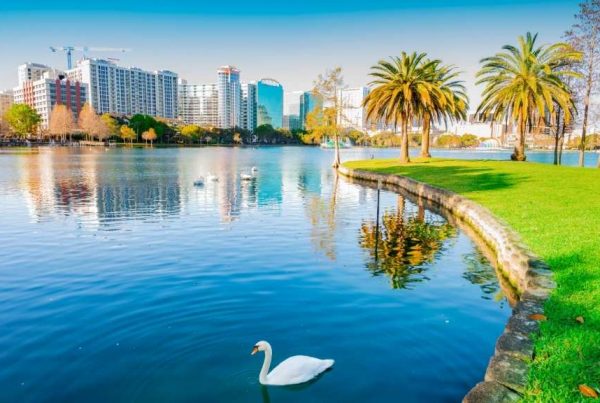 Business and IndustryEventsSAP News
May 12, 2022