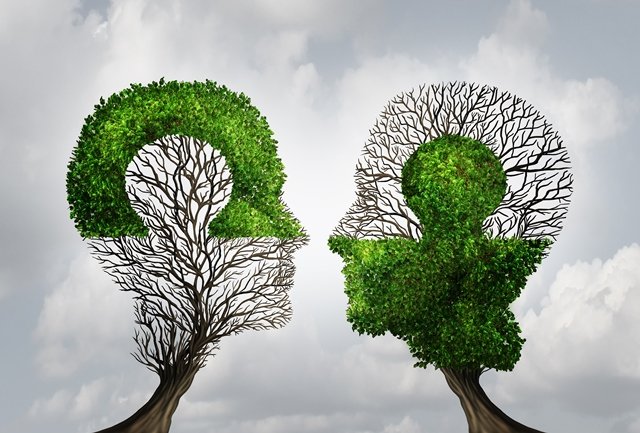 In a previous IgniteSAP article we have discussed the apparent contradiction of IT consulting companies continuing to invest in acquisitions of smaller companies while simultaneously cutting back significantly on staff due to a lack of demand for their services.

At first glance this situation seems unreasonable. In the short term the assumption is that a company should curtail any further investments until it has built up enough surplus with which to expand: if they cannot fund their existing activities to the point where they are laying off employees then how can they justify this expansion?

While we are not intending to provide a moral justification for employers in this position we hope that an explanation of the business case for these changes may empower potential future employees of IT consulting companies and associated industries by giving them a clearer understanding of the structural limitations on large corporations and through this allow them to select the best employer for their own needs.

In that article we drew attention to how these changes were an indication of broader developments in the IT consulting market: specifically a greater number of candidates competing for each new position in the future as it became available, and consequently a more complicated selection process for hiring. This led us to conclude that future candidates for IT consulting agency positions and freelancers competing for contracts would need to be even more diligent in preparing for the selection process.

So in the interests of helping future job seekers this article will describe the underlying motivations for large corporations using mergers and acquisitions as a method of expansion and explore some of the ways recent developments in technology have contributed to the current trends in M&A in the IT services and consulting market.

This requires some explaining and some patience on the part of the reader (apologies in advance for running through the basics) but I will try to keep this brief and hopefully we will emerge on the other side with at least some greater understanding of why we are seeing copious amounts of acquisitions by companies that are operating under conditions of significantly reduced revenue, and how this may effect the candidate’s choice of employer.

The first (fairly obvious) part of the equation is that companies do not get all their capital for investment and growth from customers and other businesses to whom they are selling services or goods, but from borrowing and external funding. After the process of expansion is complete, assuming this is a successful strategy for that particular corporation, then a portion of that revenue remains after the values to be paid to share or bond holders.

From the perspective of the investors (the source of the equity) they are not directly interested in the profitability of the company beyond the return, but a secondary benefit for the investor is added when a large number of other investors buy in to the company as well after the initial investor has bought shares (adding to the perceived stability of the investment) or the value of those shares increases.

Another way for a company to create that secondary benefit for investors is to behave as if they are already in the process of expansion, increasing perceived stability and also increasing the value of the existing shares. When the market follows by actually attributing higher value to those shares we can say that the expansion has achieved actuality, and the company is able to repay investors through dividends or otherwise.

As long as everybody gets what they want, then every party is satisfied. The company has taken on the majority of the risk and expanded so they can increase revenue and deliver on their promises. Consciously or unconsciously, this is a feature of how markets develop over time, in particular during periods of reduction of demand for goods and services. This is not a ‘speculative bubble’: when a company is not able to provide a cohesive and consistent account of how they will be able to turn this expansion into increased profits and return for investors.

The ways that companies carry out the expansion may be through hiring of more employees (not relevant in this context), the purchase of land or other assets (like intellectual property), or to physically expand the area of its business activities through supply chain or distribution and sales network, all of which may contribute to its ability to increase revenue. Another way these aspects of expansion may be achieved is through merging with, or acquiring a pre-existing company and all of it’s assets.

Benefits of M&A as a method of expansion

An acquisition is a preferable method of expansion to a merger for most companies who want to maintain executive control, control of the intellectual property and other assets, and continuity in branding.

An acquisition has some advantages to a company looking to expand (and thereby increase profits) over other methods of expansion. The primary advantage is that instead of going through a period of market research and purchase of assets, along with the ensuing legal delay, a company can (in a best-case scenario) get up and running with a minimum of friction and begin reporting increased profits. Other benefits include being able to move sideways into other markets with employees who are experts in their various fields and access new industrial or intellectual resources and to a greater degree of capital. There are an equal number or more challenges that come with an acquisition but with careful selection of the appropriate company to acquire and detailed planning some of these can be reduced to the point where they are not prohibitive to acquisition.

To return to the above summary of Stock Markets 101, if a large company is looking to expand quickly then acquisition is an attractive strategy, principally because it generates capital and short-term stability. It can actually contribute to longer-term stability as well: a characteristic which we will explain a little later.

If a software or technology, infrastructure or services B2B or B2C company is looking to expand today then the companies to watch are those involved in seven overlapping fields. They are Cloud-based Software and Services, Artificial Intelligence, Machine Learning, Virtual and Augmented Reality, the Internet-of-Things, Blockchain, and other Cyber-security.

The reason is because these emerging technologies are not only creating a paradigm shift in the economy as a whole but also because they are complimentary technologies and provide a tech company with a whole new series of means by which they can not only analyse and improve their own business activities but also provide a service to others.

The emphasis of these technologies on time-saving and other efficiencies, along with providing a centralised and accessible data environment is appealing to stock market investors. Consequently large corporations are behaving in a manner consistent with the needs of their customers, shareholders and even their employees (if they are not part of a group that has been laid off) if they  are expanding into growing technology markets with an eye for long-term growth and sustainability.

In the current economic crisis, begun by the stand-off between America and China and catalysed by the coronavirus pandemic, these software and technology systems which create a certainty by gathering and collating data are appealing on an emotional level as well, and any investors who tend to be swayed by ‘gut-instincts’ will be biased towards anything that reduces risk.

In the previous article we discussed Accenture’s business strategy. The IT consulting market has been hit by a drop in demand and as a result Accenture have cut their roughly 500,000 person global workforce by 25,000 at all levels. We expressed our sincere commiserations to those who had lost their jobs through no fault of their own and also drew attention to the fact that Accenture have acquired twenty companies this year, throughout the period of economic shutdown.

So this clearly appears to be counter-intuitive until seen with an extremely wide-angle lens. Taking into account the business reasons outlined in the above we can see that the company is using a M&A strategy to ride out the general downturn by encouraging what we could term ‘expansion-investors’ who understand that the greater the perceived stability the more likely the actual stability. The current share price for Accenture Plc stands at the time of writing at 236.07 USD. Up from a 214 USD a share in late February.

Taking an even longer view SAP’s Global Head of Wholesale Distribution, Magnus Meier, writing in Forbes recently suggested that a B2B organisation’s investment in business innovation could be compared with a retirement savings plan. Disregarding the poor choice of metaphor (the finality implied in retirement savings) the concept still stands: that of a strategy that makes ‘Ongoing, predictable contributions… to build a long-term guaranteed path…Likewise, continuous developments and investments in innovation can enable B2B organisations to keep up with, and even proactively address, the needs of a dynamic market.’

The regularity of Accenture’s 175 acquisitions (at two per month for the last two years), and the fact that the majority of these were orientated around what Accenture describes as ‘The New’ in technology and IT consultancy, suggests that they would perhaps subscribe to this view of investment. Alphabet, the parent company of Google has acquired 179 in the last ten years and Apple has acquired 90 though these two companies at the top of the tech tree have also famously developed a lot of their products in-house and on ‘campus’.

This is the other method of expansion: develop new products yourself to generate new lines of profit, but today’s technology start-ups are now often not so much developed ‘in-house’ as ‘at home’ and from the myriad of innovators and inventors those that (after the initial round of fund-raising) reach the stock market by the sheer ingenuity of the product are often seen as hot property. Qualtrics, the Customer Experience platform was acquired by SAP in November 2018 for $8 billion USD, after the founder spent 15 years building it up with his father from a room in their home. There are now many stories like this.

The careful selection of a target for acquisition followed by a carefully managed M&A process can literally pay dividends and is not subject to demand as the majority of the value of the product comes about by creating a new market niche: a need that customers previously did not realise that they had. This is the centre of the technology market and as long entrepreneurs and innovators can’t help but compulsively create great products then it will always be an expanding market.

Once again, we should make clear we understand that this dispassionate description of recent events takes no account of the moral duties of an employer and that we believe that while corporations are subject to pressures in the stock market and beyond and some aspects of business are outside their control, there is still room to do the right thing in respect of their employees, who are the primary resource of business.

Prospective job seekers will now be entering a more competitive market and among the tools available for IT consultants in this position is the ability to cultivate a nuanced understanding of the long-term strategy of the companies to whom they intend to submit their CV. A quick survey of the types of companies previously acquired by the corporation and the frequency of acquisition can give a candidate an extra method of gauging the long-term goals and business values of that company. This information can contribute to an estimate of a potential employee’s career prospects within a large organisation.

As long as all possible information is taken into account before entering the selection process for a IT consulting position in today’s job’s market, it still remains in the power of the individual to select the right employer for their needs.

Business and IndustryEventsSAP News
May 12, 2022 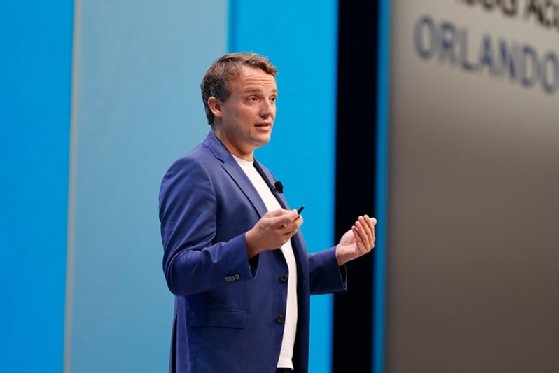 Business and IndustryEventsSAP News
May 11, 2022