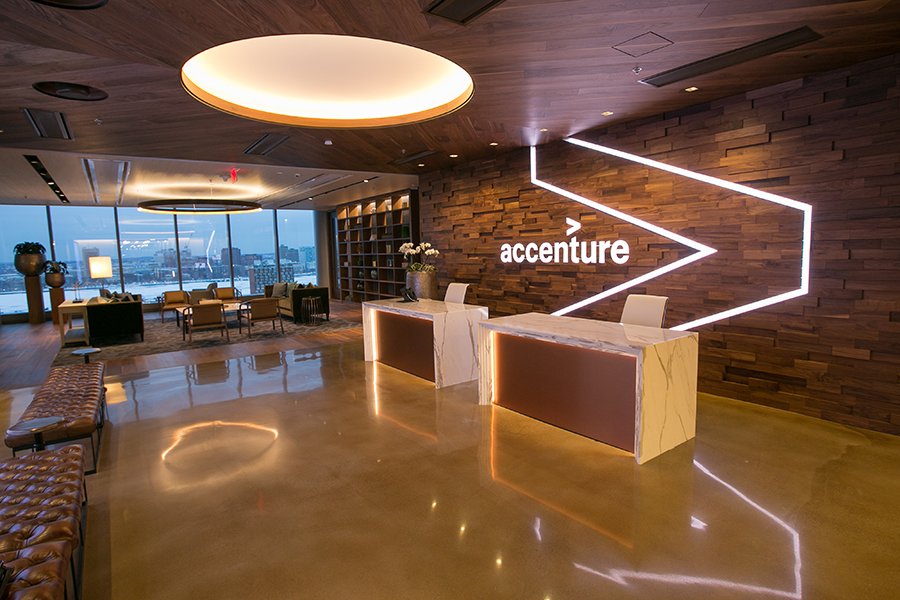 IgniteSAP extends its sincere commiserations to those who have lost employment through no fault of their own in the sector during the coronavirus pandemic.

Employee cuts have been, or are taking place in the UK, India, and Australia. India, has the largest number of Accenture’s 513,000 employees outside America at 200,000 so we may expect the bulk of the cuts to be in that region. There has been no clarification of the amount of cuts expected in South America and Mainland Europe and America but the global nature of the employee cuts would potentially result in at least 5% in these areas if applied across the board.

The extent of the Australian job losses was revealed in a report in the Australian Financial Times on August the 25th but the worldwide cutback has been going on for some time.

“…an initial wave of job losses, targeting the bottom 5% of employees by performance measures, was largely complete by August 14th. However, a further 5% of local staff are under threat of being flagged as needing new performance improvement plans, and sources said under-utilised staff ‘on the bench’  were being told to find a project to work on or they would be targeted for redundancy”

In a web meeting (after the application of the job cuts) Accenture chief executive Julie Sweet  attempted to explain the ‘business context’ of the ‘employee transitions’ after Accenture growth had reduced to 1.3%.

“…at the end of February… we were growing 8%… in a normal year we transition out 5% and we hire to replace them… now, we’re not in a demand scenario, so if we… don’t replace them, it allows us to… preserve some people who have a lower chargeability for when the market comes back. This year… we’ve identified more people who need improvement.”

This comes less than a year after Accenture cut a quarter of it’s managing director-level executives after missing sales targets in Australia for the second year in a row. This executive cut was clearly before the first reports of coronavirus and so current job losses may be indicative of something more than a direct reaction economic changes related to covid-19.

In the UK the Financial Times reported on the 2nd of July that 900 of the 11,000 Accenture employees ‘at all levels’ would lose their jobs.

Mark Lewis, an IT outsourcing lawyer, speaking to the UK’s Computer Weekly magazine expressed his surprise at the the level of the cuts at 8% of its workforce and “questioned whether this reflects the UK market for IT services, or just that it is cheaper and easier to lay off staff than in France and Germany?”

In a note to UK staff the consultancy explained that the reason for the cut wasthat even before Covid-19 there was“an over-capacity of people relative to demand”  and also that “The crisis has caused additional strain on the business due to lower demand and reduced national attrition. In addition, we have identified structural costs that we need to address.”

The structural costs referred to may be Accenture’s acquisition of other companies at a rate of roughly two per month over the course of the last two years, including 20 this year. The total number of Accenture acquisitions is 175 and their most recent was CreativeDrive on August the 13th.

According to an article on CHANNELe2e in March 2019 Accenture spent roughly “$515 million on acquisitions so far in fiscal 2019 [averaging about $34M per deal], and expects to spend $1.5 billion overall on deals this fiscal year…The deals align with “The New” — an Accenture strategy that pushes the company deeper into digital, cloud and security services.”

The Coronavirus period seems to be working out quite nicely for Accenture as their share price, after dropping over late February into early March from $214 to $143, has risen to $242. The strategy of pursuing “The New” necessitates constant acquisitions and riding the cloud (as opposed to the bubble) is something that appeals to investors.

Back in March Julie Sweet was quoted as saying “I feel very confident, and I think we’re in a very significant position of strength as we go into this chapter…our services will be even more relevant as we get through this first period…we have to serve our clients. We need to help them adjust. We need to make sure their mission critical services are continuing. And then help them evaluate how to navigate, grow, and address it.”

Although as a public representative of Accenture Julie Sweet is expected to paint the best possible picture of the firm’s prospects, her opinion is corroborated a a partner at ISG, Barry Matthews, who commented elsewhere:

“I think that the expansion in digital services, as a service, and all things cloud and the work required to make businesses more agile and resilient are likely to offset some of the downturn and avoid significant job cuts at the majority of service providers.”

Accenture’s optimism in the face of adversity does not apparently extend to investing in employees. It may be the case that Accenture’s pre-existing M&A strategy is compensating for a downturn in technology consulting which is in line with the economy as a whole.

The areas of Accenture’s IT-based investments are to some extent immune to the problems in the rest of the economy and the markets have recognised this and reacted in their favour, as technology also supports the core services and infrastructure of other areas like retail and manufacture.

To clear up this apparent contradiction of simultaneous investment and contraction at Accenture we need to ask: To what extent is this cutback event at Accenture a true reflection of the IT consulting market as a whole? And also, Is there a trend of IT investment despite Covid-19?”

“Accenture is seeing a significant part of its project-based work either delayed or cancelled altogether, as clients apply cost-cutting rigour to their external spending… the global consulting industry will see one fifth of it’s value evaporate this year as a result of the Covid-19 pandemic.”

The analysis at consultancy.org of the global consulting industry gives a figure of 18% for the 2020 reduction in the consultancy market. The area of Information Technology represents approximately 20% of this market, and the same source (Global Research) forecasts a 17% drop in revenue for this sub-sector.

Computer Weekly, when discussing Accenture’s actions, pointed out “The IT services/business consultancy giant is a bellwether of the IT sector… other services firms must be at least considering similar cuts.”

In June consultancy.org ran an article discussing Deloitte and the pandemic in which a similar state of affairs: with the CEO talking up performance while simultaneously making cuts to the global workforce.

“the firm’s consulting work is understood to have been hit hard, along with several other key service lines. In that case, it seems likely that the UK will also see large cuts, like it’s US equivalent… In a buoyant company-wide email circulated across Deloitte’s international operations, Punit Renjen was in nothing short of a celebratory mood, stating that despite the current Covid-19 crisis, Deloitte will end the year in a strong position. Apparently, Deloitte has forecast a global aggregate revenue of $48 billion, with a growth of 6%”

IBM has also being laying off employees and has refused to disclose the exact figures but from several sources the consensus is that the cuts are in the thousands. They gave a similar line to Accenture in a statement to CRN:

“IBM’s work in a highly competitive marketplace requires flexibility to constantly add high-value skills to our workforce. While we always consider the current environment, IBM’s workforce decisions are in the interest of the long-term health of our business.”

In other words, IBM considers it necessary to make redundant any employees it sees as ‘low-value’ in order to employ new ‘high-value’ recruits on a yearly basis. IBM has also acquired two technology companies during this period: Spanugo, a cyber-security company, and WDG who deal in AI.

So the pattern of acquiring tech companies while firing employees is not unique to Accenture although they are acquiring far more than other companies.

The information currently available does not allow for a measure of what proportion of these IT consultants are specifically SAP practitioners, but we can say that because of this degree of redundancies, we know that in the future there will be a greater number of applications for vacancies in IT consultancy positions, in what was previously a candidate-led jobs market.

We can also say that, if we agree with the assessment of employers like Accenture, these applicants will not be of the highest calibre and so the hiring process will necessarily become more complicated, as systems are put in place to grade the skills and aptitude of that larger number of candidates for each position. The candidates themselves will need to prepare themselves to stand out from their peers.

What began as an aspiration toward encouraging career development and life-long learning in the consulting industry has led to a tendency in some organisations to ‘up-or-out’ career structures: where employees are forced to compete with there peers as much in the role as when applying for that position. While this survival-of-the-fittest management strategy has certainly produced a hyper-skilled executive strata in consulting companies there have been countless career casualties pushed out who may have excelled in management positions, given a little time to orient themselves to the working environment.

In the current economic climate this trend of the last decade or so has compounded the sudden loss of demand and resulted in this sudden period of over-supply of IT consultants.

Companies cannot be blamed for following market trends toward acquisition. It is not the duty of companies to provide as many jobs as they can but to excel at the services they provide and legitimately make as much profit as possible. However, once a company has made the commitment to employ someone there is still a degree of responsibility to help develop that individual’s career, and to be dispassionate about it, it is not perhaps the best use of resources to discard people. Human resources should be ‘used’ sustainably. With a small amount of extra planning it may be possible for a reallocation of sections of the workforce sideways rather than out. Many of these ex-employees may have opted as a group to reduce their working hours if they were informed ahead of the cuts.

With these changes to the IT consulting market now in effect the IgniteSAP community hopes to provide further clarification as more details become available through discussion with industry stakeholders and individuals. If you have information or ideas that may be of use to others regarding the reintegration of this cohort of recently ‘transitioned’ IT consultants please share those thoughts with us.